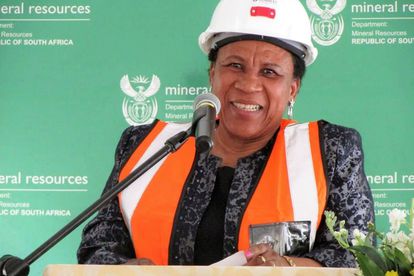 Following the resignation of Govan Mbeki Municipality Executive Mayor Thandi Ngxonono, the ailing Mpumalanga municipality will be without elected leadership for the next 14 days. Her executive committee has also been dissolved.

Ngxonono, senior officials, and local tenderpreneurs were implicated in a forensic investigation report that exposed the misappropriation of funds, corruption, non-performance and political interference as well as a series of violations of various municipal laws and procedures regarding the supply chain and procurement regulations.

The Economic Freedom Fighters (EFF) filed a motion of no confidence in Ngxonono back in September, and said that service delivery continues to be poor in the area. They charged that this is driven by non-accountability and a lack of consequence management.

“When this mayor took over in 2018 there was a strike where municipal property was destroyed by fire and until today no-one has been charged,” said Thabiso Mofokeng, EFF caucus leader.

“We have also learned that she has been interfering with the day-to-day running of the municipality which made it difficult for Mr Felani Mndebele, municipal manager, to execute her duties.”

The Mayoral Committee met on Wednesday 28 October to decide on how to install an interim Executive Mayor, with Ciska Jordaan nominated by the Democratic Alliance (DA). The EFF nominated Thabiso Mofokeng.

The African National Congress (ANC) were ultimately successful in postponing the vote for 14 days though after they rejected the nominations.

Meanwhile, the Freedom Front Plus (FF Plus) have welcomed Ngxonono’s departure, but are insistent that criminal charges must be brought on her in addition.

“The FF Plus is of the opinion that the mayor has committed criminal offences and that a resignation alone is not enough,” said FF Plus Councillor for the municipality Aranda Nel-Buitendag.

“The offender must be dismissed and may not be allowed to serve as an ordinary councillor. The FF Plus insists that the correct disciplinary steps must be taken.”

She charged that the municipality has “exploited taxpayers’ money and goodwill” and that  “the time has come to get rid of the offenders”.

She bemoaned the ANC’s effort to delay the installation of a new committee, and said that a plan of action needs to be formulated urgently to address the ailing municipalities numerous shortcomings.

Only after [a committee and mayor are installed], can an action plan can be formulated for how the appointed council committee will afford the relevant political office-bearers, the municipal manager, members of the executive council and other officials the opportunity to state their case,” she said.

“It is the FF Plus’s view that in the council committee, which will be appointed to investigate the allegations, there must be a proportional representation of all the political parties that are represented in the council.”