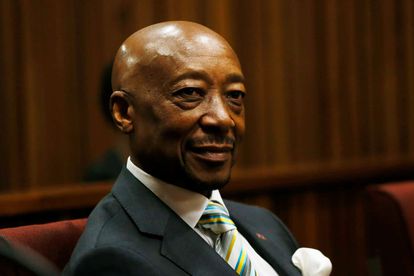 During the last sitting in November 2020, things got rather heated when advocate Dali Mpofu, Moyane’s legal representative exchanged words with Gordhan and accused him of making up evidence against his client.

Gordhan had previously appeared before the proceedings, chaired by deputy chief justice Raymond Zondo, and accused Moyane of being implicated in corruption and using his position at the tax collector to advance state capture.

This was after Moyane opened a criminal complaint against Gordhan in 2016 over the early retirement payout of former deputy SARS Commissioner Ivan Pillay. The National Prosecuting Authority (NPA) would later withdraw those charges. Both Moyane and Gordhan have been at loggerheads ever since.

Moyane claimed that Gordhan, who himself had been a SARS Commissioner, was jealous of him because he’d managed to collect over R1 trillion in tax. He also accused Gordhan of being racist and hostile towards him, allegations he has vehemently denied.

“Let me emphatically say that all of those assertions have no foundation whatsoever. To now throw around notions such as racism and my alleged involvement in corruption is part of the fake new narrative. I emphatically deny all of these assertions”

Minister Pravin Gordhan also admitted to the existence of the so-called rogue unit at SARS, during cross-examination by Mpofu. He had asked Gordhan whether the unit did really exist, who which he replied, “Yes.”

There has been much disagreement around the existence of the unit which was created in February 2007, when Gordhan was still the commissioner. The minister along with a number of officials at SARS were accused of spying on the now defunct Scorpions and the offices of the National Prosecuting Authority (NPA) in Silverton, Pretoria.