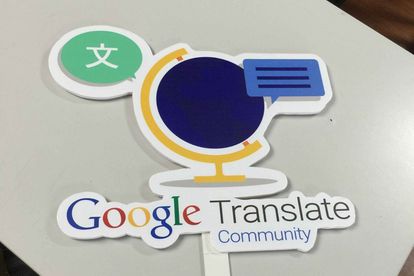 Google announced that 24 new languages would be added to its translate option and two are from Mzansi. Photo: Jon Russell / Flickr

Google announced that 24 new languages would be added to its translate option and two are from Mzansi. Photo: Jon Russell / Flickr

Google Translate announced that 24 new languages would be added to its application and two of these are from South Africa.

Google announced that it has added 24 new languages to its online feature including Sepedi and Tsonga. According to Google, Sepedi is spoken by approximately 14 million people in South Africa.

Tsonga is spoken by around seven million people spread across Mzansi, Eswatini, Zimbabwe and Mozambique. With the addition of Sepedi and Tsonga, Google Translate will now feature seven official South African languages.

Google already offered translations to and from English, isiZulu, isiXhosa, Afrikaans and Sesotho. Currently, Sepedi and Tsonga are not visible on Google’s browser or the Google Translate mobile app.

Sepedi and Tsonga are not yet accessible

With the 24 new languages, Google Translate will support 133 languages. The company says its new languages are the first to use Google’s Zero-Shot Machine Translation model.

“These are the first languages we’ve added using Zero-Shot Machine Translation, where a machine learning model only sees monolingual text — meaning, it learns to translate into another language without ever seeing an example. While this technology is impressive, it isn’t perfect. And we’ll keep improving these models to deliver the same experience you’re used to with a Spanish or German translation, for example,”

Phones on the loo? SA youth check their devices over 30 times an hour

South African youths between the ages of 18 years old and 26 years old check their mobile phones almost 30 times an hour. This new information comes from a study by Adoozy Power. Adoozy Power is a South African based technology start-up.

The study revealed that a quarter of every waking day is spent on a mobile phone by persons between 18 and 26 years old. Almost 30% of young people from Gen Z spend this amount of time on their smartphones.

Adoozy Power’s CEO Kegan Peffer said that the shines a light on how smartphones have become a way of life for the youth of South Africa. He explained that there are a number of reasons that give young people a sort of ‘separation anxiety’ from not having a working smartphone. Read the full story here.