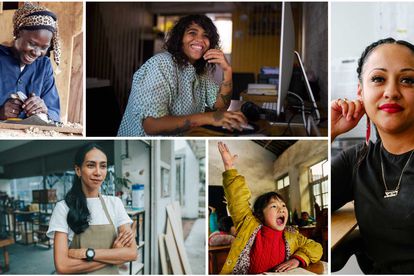 On 8 March 2021 – International Women’s Day, Google.org announced a $25m pledge to reinforce the company’s commitment to women and girls in Africa.

The pledge forms part of a new Google Impact Challenge (GIC) for Women and Girls, which reinforces Google’s commitment to women on the African continent. Here’s what you need to know.

A total of $25 million in cash grants will be made available to select applicants; “nonprofits and social enterprises creating pathways to prosperity for women and girls”.

The team at Google announced at in Women’s Day event on Monday that the GIC for Women and Girls follow on from initiatives such as the 2019 Africa launch of Women Will and Google’s #IamRemarkable workshop series.

Google South Africa country director Alistair Mokoena explained on Monday that the goal of the new initiative is to assist women and girls to reach their full potential and thrive, especially during the pandemic.

“Despite decades of work aimed at achieving gender equality, the disparity between men and women not only remains – it is growing alarmingly, largely thanks to the global pandemic”.

Mokoena also explained that “bold new ideas” are needed move the mission forward, especially while economies and societies are rebuilding in the wake of the pandemic.

“We can’t afford to go back to the way things were, and we certainly can’t do it alone”.

How to enter Google Impact Challenge

If you want to make a difference in the lives of women and girls in Africa, enter your organisation before 2 April by submitting applications at www.g.co/womenandgirlschallenge. Entries close at 11:59 GMT.

The applications will be looked over by an all-woman panel of Google executives, world leaders and business moguls, including Phumzile Mlambo-Ngcuka and Victoria Adejoke Orelope-Adefulire.

Mlambo-Ngcuka is the Executive Director of UN Women, and Orelope-Adefulire is the Senior Special Assistant to the President of Nigeria on SDGs.

In addition, the panel will also include Graça Machel, founder of the Graça Machel Trust, as well as Juliana Rotich, Kenyan information technology entrepreneur. Successful applicants will be announced later this year and will be eligible to receive funding ranging between $300,000 to $2 million.

“We have a collective responsibility to ensure that generations of women and girls from all walks of life—no matter their race, sexual orientation, religion or socioeconomic status—live in a world where they are treated equally and can realise their full potential. When women and girls have the tools, resources and opportunities to turn their potential into power, it not only changes the trajectory of their individual lives, but also strengthens entire communities. If we lift up women and girls, the rest of the world will rise, too”.