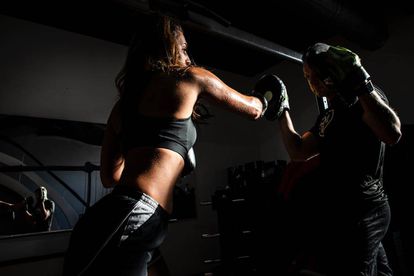 Image for references purposes only / Via pexels

Image for references purposes only / Via pexels

The young woman who was abducted, robbed and raped in a taxi outside Vangate Mall, has taken up the offer by a good Samaritan of self-defence classes, to protect herself and others in the future.

As reported by the Weekend Argus, the young woman, who will not be named, is a preschool teacher in Bellville North, Cape Town. She was abducted, robbed and raped when she and her colleague were travelling home from work.

Details of the abduction, robbery and rape

“We were separated in the taxi, my friend was forced to sit in front with the driver and I was in the back with the ‘gaatjie.’ They demanded our cellphones and jewellery and any cash we had. They also took my bank card.”

They eventually stopped at Vangate Mall, where the woman’s friend was forced to accompany the driver to an ATM. This was when the gaatjie demanded that she remove her pants in the taxi. She refused and he pulled her by her hair, removed his pants as well as hers, and raped her.

“I just went blank. I do not know how long it lasted, I just know it took a long time,” she said.

“The driver even suggested that the four of us go play slot machines at Grand West,” she recalled. “He gave us R100 for taxi fare and even apologised for what he did, saying he did not have a choice,” she said.

After reading about her horrible ordeal, a good Samaritan by the name of Carlo Hendricks came forward and offered to help the woman, free of charge, by giving her self-defence lessons

“I was so angry when I read the story and I just wanted to help this young lady,” he said.

Krav Maga is a military self-defence and fighting system teacher developed for the Israel Defense Forces and Israeli security forces derived from a combination of techniques sourced from boxing, wrestling, aikido, judo and karate, along with realistic fight training.

The young woman is excited about her training. “I am hoping to use this training to teach other women and my sons,” she said.

She returned to work a week after the rape, even though she was booked off from work for a month.

“My boss agreed that I could come back. At least I am busy at work and so I don’t think about it. I do have trouble sleeping, I have nightmares and I take tablets to help me sleep. It’s hard now, but I know I will be whole again,” she said.