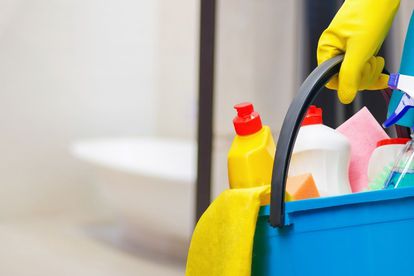 A migrant domestic worker was allegedly used as a sex slave by members of a family she worked for in Pretoria. Photo: Stock/Canva

A migrant domestic worker was allegedly used as a sex slave by members of a family she worked for in Pretoria. Photo: Stock/Canva

The National Assembly has adopted the Compensation of Injury on Duty Amendment Bill (COIDA) and, once signed into law, will bring significant benefits for South African domestic workers.

Domestic workers will be covered by the Compensation of Injury in Duty Fund for any workplace injury or illness.

Trade federation Cosatu said this will effectively extend support to over a million largely women workers who had been unconstitutionally excluded.

Other benefits of the proposed legislation include:

“The National Council of Provinces should now commence its work to ensure that it can adopt the COIDA Bill by the end of 2021,” Cosatu said.

Cosatu said it is critical that it comes into effect at the beginning of 2022.

“Domestic workers have waited long enough for their rights to a safe working environment to be recognised and enshrined into law. It will provide relief and protection to millions of workers across all sectors of the economy.”

It furthermore said whilst welcoming the adoption of this progressive Bill by the National Assembly, the Federation is disappointed it took so many years and unnecessary delays by government to reach this stage.

ALSO READ: Domestic workers to benefit from the new regulations over the coming year

More good news for domestic workers is that they can look forward to higher minimum wage, more benefits, and further protection from harm in South Africa over the coming year.

The trade federation Cosatu earlier this year said that a number of new regulations are expected to benefit domestic workers in South Africa over the coming year.