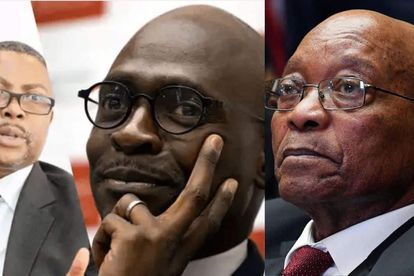 Former public enterprises minister Malusi Gigaba indicated, according to a witness at the Zondo Commission, that the ex-minister felt that white executives at Transnet had gotten away with far worse transgressions compared to their black counterparts.

The former minister thought that Siyabonga Gama, who had been fired after being found guilty of misconduct, was particularly treated unfairly, and had pushed for a  review of the dismissal of the former Transnet divisional manager in 2010, former Transnet board chairperson Mafika Mkwanazi told the state capture inquiry.

Gama was fired after a disciplinary inquiry found him guilty of three counts of misconduct, including his role in the awarding of tenders at the state-owned firm, which has been at the centre of allegations of looting and corruption involving senior officials.

Gama had approved a R19-million contract for security services when he only held authority to sign off contracts up to R10-million. The contract was awarded to General Nyanda Security Advisory Services (GNS) in which the then communications minister, Siphiwe Nyanda, held a 50% stake.

Evidence heard by the commission so far has indicated that Gama lobbied hard for his seat at the helm of the company, and even took up the matter with former President Jacob Zuma.

Three strikes and you’re… in

On Friday, evidence by Mkwanazi, who was in charge of the board when it sanctioned Gama’s reinstatement, detailed a briefing he had with Gigaba towards the end of October 2010, prior to Gigaba’s assumption of the public enterprises portfolio in November.

In the meeting, Mkhwanazi said Gigaba raised the issue of transformation within the firm, black suppliers not being given an opportunity, the issue of black legal firms, as well as elevating black women to top positions.

Gigaba’s alleged involvement in the matter, as a direct representative of the shareholder – the state – added another dimension in the controversial reinstatement of an official who had been found guilty of three counts of misconduct, and later went on to be appointed group chief executive of the company, despite his discredited past.

Mkwanazi went on to say Gigaba said he felt Gama’s sanction was too harsh, and that the company’s disciplinary processes were racially biased. Gigaba, according Mkwanazi, further claimed that there was a history of bias against black executives who were often dismissed following disciplinary action, yet white executives escaped sanction for similar procurement related offences.

Chief Justice Raymond Zondo wanted to know what the basis was for Gigaba’s view that Gama’s censure was too harsh. Mkwanazi replied that it was due to white executives “getting away” with much more serious offences.

Gigaba’s response was to issue an instruction to the Transnet board to assess the outcome of Gama’s  disciplinary hearing. Mkwanazi, however, could not answer if Gigaba was in favour of Gama’s reinstatement or settlement.

“I am aware that Mr Gama was running all over the show trying to get sympathy from various organisations.”

He told the commission that Gama even met Zuma over the matter, whom Mkwanazi described as being sympathetic to Gama’s case and favouring his return to the company.

Gama was reinstated in February 2011 with back pay, and subsequently appointed as interim group CEO, following the departure of Brian Molefe who was seconded to Eskom.

In what deputy chief justice Zondo described as a “first” in his career, the state capture inquiry heard that Transnet agreed to pay Gama’s legal costs despite a cost order that he should in fact pay the SOE.

Gama had the previous year lost a court battle in an attempt to block the disciplinary inquiry against him.

The judgment that dismissed this attempt ordered that he pay Transnet’s costs and those of board members he had cited in the application.

But when Gama returned to the logistics SOE, an “unusual” unfair dismissal settlement worked out between him and Transnet decreed that Gama was to be paid 75% of the legal costs that were due to Transnet, as per court order.

Transnet paid Gama R2.3 million, based on its calculations as well as those of Gama’s lawyers.

His position became permanent in April 2016.

In Wednesday, Transnet’s former manager of group legal services, advocate Siyabulela Mapoma, said the order for the disgraced Gama to be reinstated at the state-owned entity (SOE) came from the very top.

“Higher up, by assumption, was the Presidency,” he said.

He referenced Zuma a month before the former president is scheduled to testify for a second time.

In his attempt to absolve himself of any wrongdoing, Mkwanazi insisted at the state capture inquiry that Gama’s disciplinary hearing had been fair and that he was of the view that Gama should be demoted.

“In my negotiation with the sub-committee of the board…at some stage I wanted Gama to take demotion, I refused to put him in whatever position he thought he would get.”

Mkwanazi’s claim appeared to be somewhat contradictory to the version offered by Mapoma.

“From the outset of my interactions with Mr Mkwanazi [he] made it clear to me that he had been instructed to reinstate Mr Gama, and that he wanted to find a way to do so cleanly.”

Evidence leader advocate Anton Myburgh SC asked Mapoma what he thought Mkwanazi meant by “cleanly” to which the witness replied that Mkwanazi required board approval.

“Although I did not consider it my place to ask who had instructed him, I assumed that it must have been former president Zuma,” continued Mapoma.

Mapoma explained his assumption, referring to his conversations with Mkwanazi.

‘I don’t know what you call it, but it’s not capitulation’

“Why did Mr Mkwanazi capitulate during the settlement negotiations?” asked Myburgh.

Zondo interjected, “I don’t think it’s accurate to say Transnet capitulated completely because it would have been a complete capitulation if they reinstated Mr Gama, they gave him full back pay and all the benefits.

“But they went further than that. So, I don’t know what you call it. They paid his contribution of 75% on his legal costs and all of that. So, it seems to me that it is something much more than capitulation.”