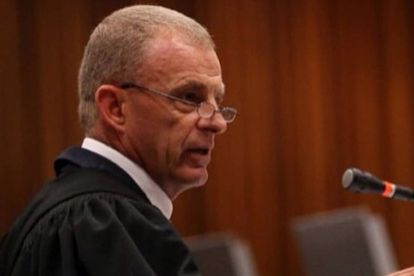 Following the revelation that the National Prosecuting Authority (NPA) has prosecuted over 350 people for graft and corruption over the last year, AfriForum prosecutor Gerrie Nel has accused the state entity of not going after any high profile cases.

In the announcement, the NPA claimed it had increased its conviction rate across the board but was specifically proud of the gains it had made against commercial crimes.

The news was praised by national government, who took to social media website Twitter to laud the achievements of the NPA.

However, the NPA was not forcoming with a list of names of the people who had been prosecuted, leading to suggestions the numbers may have been boosted by convictions of small acts of corruption, such as police officers accepting bribes.

Obviously all crime should be dealt with appropriately, but Nel has accused the organisation of specifically ignoring cases involving high-profile individuals or people who are politically connected.

“The silence with regards to people with political influence and the longer outstanding matters have been deafening. Nobody deals with the fact that there has been matters outstanding against politically connected people,” he said, according to Eye Witness News.

As an example, Nel pointed to the criminal complaint that was opened against former Eskom chief executive Brian Molefe nearly two years ago.

“It’s with a great deal of discontent that we have to embark on this route again to highlight the inability or unwillingness of the NPA and SAPS to fulfil their constitutional mandate,” he said.

“All we ask of the NPA and the police is that investigate the matter, it’s been with you for almost two years now and just take a decision so that if there’s a failure, we can take it further.”

Mashaba also unhappy with the NPA

This skepticism is shared by Johannesburg mayor Herman Mashaba, who claims he regrets that the Group Forensic and Investigation Services handed cases and evidence to the NPA as he feels the organisation has done nothing with the information.

“Despite our genuine efforts to assist the NPA in finalising these matters, they appear no closer to being re-enrolled. This has resulted in a number of significant criminal cases being left unattended to by the NPA,” Mashaba’s spokesperson Luyanda Mfeka said, according to The Citizen.