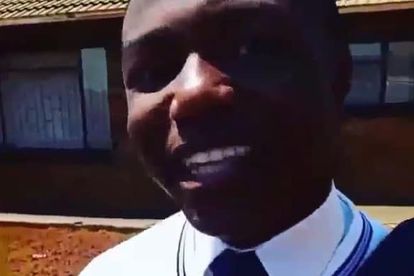 Correction: The Mail and Guardian has confirmed that Mpho Mokoena matriculated in 2014 and was alleged to have received 100% in seven subjects in a tweet by DJ S’bu.

Mokoena told the Mail and Guardian that he did not score 100% in all his subjects. His 2014 results are as follows:

Mpho Mokoena from Alafang Secondary School in Katlehong has received 100% for all seven of his matric subjects, according to a tweet by SLEF.

Katlehong is a township located in the east of Johannesburg.

#MphoMokoena has been trending on Twitter since the news was announced:

Mpho Mokoena walking out of UMalusi offices like…. All the way to Wits pic.twitter.com/b0GhlMr4h8

Congratulations to #MphoMokoena of Alafang Secondary School in Katlehong for scoring 100% in all his subjects. #Classof2015