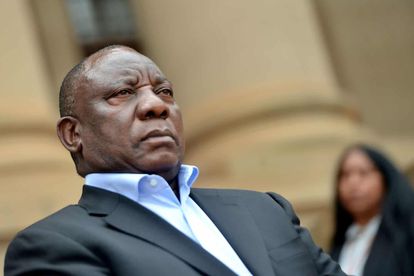 President Cyril Ramaphosa, after three weeks of anticipation, addressed the nation on Wednesday 13 May. Many South Africans have since expressed their dissatisfaction regarding his speech, citing a lack of information. Although Ramaphosa did not touch on the “controversial” topics like the alcohol and cigarette bans, he did mention increased levels of gender-based violence (GBV) since the lockdown started, which is a major cause for concern.

Ramaphosa said there have been “very disturbing reports” of increased levels of GBV since the lockdown started.

“The scourge of gender-based violence continues to stalk our country as the men of our country declared war on the women,” he said.

The president said the government developed an emergency pathway for survivors to ensure that the victims of GBV are assisted.

“One of the interventions we have made is to ensure lockdown regulations be structured in a manner that a woman can leave her home to report abuse without the fear of a fine, intimidation or further violence,” said Ramaphosa.

Ramaphosa didn’t say more than that regarding GBV but said that ministers would elaborate on certain aspects of his speech in the days to come.

“It is disturbing that during a time of such immense difficulty for our country, women and girls are being terrorised inside their own homes, forcing them to make desperate calls for help,” Ramaphosa wrote in his weekly newsletter, four days after he extended the lockdown until the end of April.

OVER 50 GBV ARRESTS IN ONE PROVINCE IN ONE DAY

Gauteng Community Safety MEC Faith Mazibuko, on Thursday 14 May, said there had been a total of 566 arrests in the province in one day, from 13 May to 14 Day.

Mazibuko went on to say that 58 of those arrests were for gender-based violence GBV. She said in all 58 cases of arrest, the woman was the victim.

The South African Civil Society for Women’s Adolescent’s and Children’s Health (SACSoWACH) is a coalition of 33 NGOs which is supporting the Department of Health with its COVID-19 response.

According to Cape Talk, Chairperson of SACSoWACH Precious Robinson said calls to the government’s GBV and femicide command centre received double the usual volumes of calls.

“The national government’s gender-based violence (GBV) and femicide command centre recorded that more than 120 000 victims rang the national helpline for abused women and children in the first three weeks after the lockdown started — double the usual volume of calls,” said Robinson.

“At SACSoWACH we believe that a key area of focus is to ensure that the lockdown regulations are structured so that a woman can be able to reach out for help, leave her home to report abuse without the fear of a fine, intimidation and further violence,” said Robinson.

The national government’s GBV and femicide command centre can be reached by: