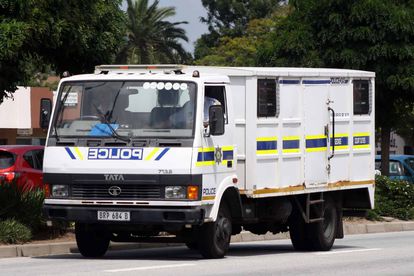 Gauteng police are on the hunt for 39 undocumented immigrants who escape custody last week, while being transported to the Wierdabrug police station in Centurion.

The Centurion Rekord reported on the escape, which occurred on Thursday afternoon. Details of the daring breakout began to surface in the wake of the incident, which has left the police department red-faced and frustrated.

Details of the escape leave a lot to be desired

According to regional police spokesperson, Colonel Lungelo Dlamini, the group of immigrants, who were being transported from the Pretoria Magistrate’s Court, managed to overpower officers and take flight. Dlamini said that while the incident was regrettable, the escapees would likely be reprehended during ongoing raids.

The Democratic Alliance (DA) argued that the escape was a result of poor training and insufficient manpower. The party’s spokesperson for Community Safety, Michael Shackleton, said:

“It is worrying police officers are failing to adequately guard detainees. It means the safety of our people is under threat.”

Recent law enforcement efforts, particularly in Johannesburg and Tshwane, have paid dividends, leading to the arrest of hundreds of criminals and undocumented foreigners. Dlamini confirmed that operations which took place over the long weekend resulted in the arrest of 120 people in Pretoria West and surrounds.

“Eighteen suspected property hijackers were arrested during a crime prevention operation, which targeted three hijacked properties in the inner-city.”

According to Mashaba, the JMPD will be bolstered by an additional 1500 officers, due to hit the streets of Johannesburg by October 2019.