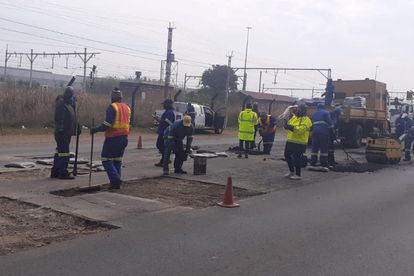 The lack of regular and consistent maintenance of Gauteng road is once again under the spotlight.

According to DA Gauteng roads and transport spokesperson, Evert Du Plessis, residents are forced to use roads that are in very poor conditions, full of potholes, in dire need of resurfacing and road verges that need to be maintained.

Du Plessis blamed this on the fact that there are currently 85 funded vacancies in the department that are yet to be filled.

He said the lack of consistent and regular maintenance on our roads puts the lives of Gauteng motorists at risk on a daily basis.

“Many motorists are flagged as high risk as they constantly claim from their insurance due to accidents caused by the bad conditions of our roads.”

MAINTENANCE WORK NEEDS TO BE PRIORITISED

The lack of maintenance of road reserves and verges could lead to an increase in hijackings as criminals have a perfect hideout to take advantage of motorists.

“Now that lockdown restrictions have been eased, maintenance work must begin in earnest to ensure that our roads are always in tip-top shape.

“It is unacceptable that tenders that needed to be awarded were stalled, because of constraints within the Supply Chain Management department.”

He further said should this matter not be dealt with urgently, the state of Gauteng roads will continue to deteriorate, leading to a spike in road accidents and fatalities on the province’s roads.

Meanwhile, over the weekend, the department has shown that they are taking an initiative to maintain Gauteng roads.

The project, set to run for a period of three years, is part of a wider plan to maintain roads across the province, ensuring that median and reserves along major roads are maintained to acceptable standards.

According to Gauteng roads spokesperson, Melitah Madiba, the project is expected to create more than 1000 jobs across all the regions in the province.

“It will also serve to enhance the Department’s #SmartMobilityWeekends campaign aimed at patching and fixing potholes, installing/fixing signage and markings on the province’s road network.”

This forms part of the Department’s strategy of Growing Gauteng Together Through Smart Mobility.

ALSO READ: Motorists in danger as road spikes increase on R104 and N4