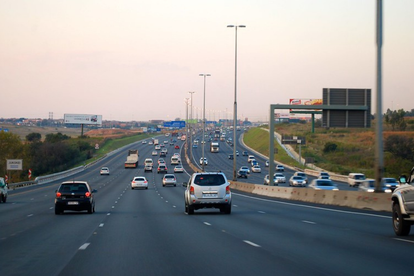 Gauteng South African Police Service (SAPS) officers nabbed a BMW driver who was traveling at a speed of 216km/h in his M4 coupe on Thursday night. The arrested speedster was traveling on the N1 between Johannesburg, Pretoria, and Mpumalanga.

Considering the BMW M4 has a maximum speed of 290km/h, the 41-year-old was seemingly not far from clocking the top speed limit of the sports car.

Police said the driver was the worst offender among a number of many more arrested motorists on Thursday night on the N1 that stretches from Johannesburg and Pretoria to cross past Gauteng into Mpumalanga.

“It is unfortunate that when we continue with our efforts to save the lives of road users, there are drivers who are hell-bent on violating road traffic rules and regulations.

“ All drivers found disobeying the rules of our roads and continuing to conduct themselves with impunity will be severely punished,” said Maremane.

A total of five suspects, including the BMW driver, have been charged with reckless and negligent driving by exceeding the speed limit, are expected to appear in court next week.

The country’s Road Traffic Infringement Agency (RTIA) has laid out new driving rules. The new system, known as the Administrative Adjudication of Road Traffic Offences (AARTO), will work with performance points that could result in licence card cancellations.

Drivers and fleet operators will be at risk of losing performance points when found guilty. The punishments might include suspension or cancellation of licenses, professional driving permits, or operator cards.

“The demerit point system will provide for an easy and objective mechanism of identifying habitual infringers so that the applicable penalties can be imposed,” Minister of Transport Joe Maswanganyi said.