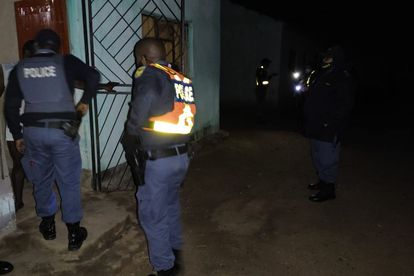 Gauteng police were busy this weekend. The provincial South African Police Service (SAPS) arrested nearly 1200 suspects on Saturday and Sunday, 24 and 25 April for various crimes including attempted murder, drug dealing, assault and driving under the influence of alcohol. SAPS were especially proud of the arrest of a suspect they dubbed the “most wanted” for crimes related to Cash-In-Transit robbery and murder, in Tembisa.

‘MOST WANTED’ SUSPECT APPREHENDED ON SUNDAY

One of Gauteng’s most notorious criminals was arrested on Sunday in Tembisa. SAPS said he was listed as one of the top five most wanted suspects in the province and has been on the run since 2017.

“He was initially arrested in 2017 for murder and Cash-In-Transit robbery in Pretoria but absconded from his trial,” said police spokesperson Captain Mavela Masondo.

The suspect was recaptured after being traced in a dual operation between a police Cash in Transit Task Team and Tactical Response Team.

On Saturday, Tshwane police received a tipoff about suspects in possession of copper cables, which belonged to PRASA. The suspects were planning to peddle the stolen wares to a scrap yard in Silverton.

Police were placed along the route the suspects were most likely to use to make their way to Silverton and the copper was found during a stop and search of vehicles.

“Prasa members identified the copper cables as belonging to Prasa and used on the railway signals,” said Masondo.

Elsewhere in the province, police rounded up hundreds of suspects in numerous operations. More than 267 people were arrested in Sedibeng and West Rand for crimes ranging from attempted murder to house breaking.

In Johannesburg, 250 suspects were taken into custody for offences including rape, possession of stolen property, drugs, and unlicensed firearms and ammunition.

“Two hundred and forty suspects were arrested in Ekurhuleni for possession of suspected motor vehicles, malicious damage to property, car hijacking, kidnapping, fraud, attempted murder, driving under the influence of alcohol among other crimes,” said the police spokesperson.

The suspects are expected to appear before various magistrate’s courts from Monday, 26 April.