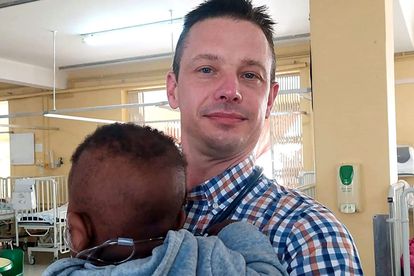 The Gauteng Health Department has confirmed that the suspension of Rahima Moosa Mother and Child Hospital pediatrician,  Dr Tim De Maayer has been lifted.

Time was suspended after he penned an open letter which was published on Daily Maverick about the state of the public health system titled “A wake-up call for Health Department heads: Children are dying because of horrendous state of our public hospitals”. Close to 50 000 people signed a petition calling for his suspension to be lifted.

Mokgethi said the meeting was fruitful, and the matter has been resolved amicably.

“Dr Tim De Maayer is back at work, the management team of RHMMC has agreed to work together to continue to address the issues raised in Dr De Maayer’s article.

“The Department remains committed to tackling challenges within the Gauteng Health system, while continuing to render services to millions of patients annually.”

A number of organisations and the public rallied behind De Maayer. The University of the Witwatersrand (Wits) said it was appalled about Dr De Maayer’s suspension.

“This is a ridiculous situation. Instead of resolving the issues raised by the doctor at the coalface, the Department has chosen to shoot the messenger.

“It is not like our healthcare professionals have not raised these issues multiple times through the correct channels, but nothing has happened. How much louder can our doctors and clinicians on the ground speak?”

Wits University Dean of the Faculty of Health Sciences

Broadcaster, Redi Thlabi, said it must be hard, not because doctors & nurses don’t care but because the National and Gauteng Health Departments suspend one when they share daily struggles in dysfunctional hospitals.

“But they cannot suspend all of you. Therein lies your power.  Coordinate, speak the same message. We support and value you,” she said.