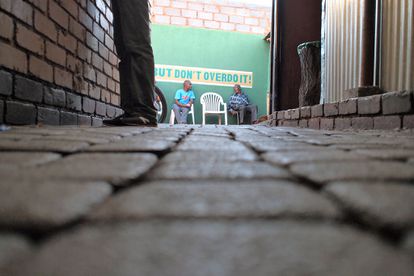 Alongside the beer, a political row is brewing in Gauteng, after the DA raised a complaint about the lax standards set by the provincial government when it comes to regulating alcohol. Politicians for the opposition party are frustrated that bars and shebeens are still allowed to open near schools – treading on some very shaky legal ground in the process.

Sergio Dos Santos is the DA’s Spokesperson for Education in Gauteng. He has expressed his disappointment that the Regional Liquor Act is not being enforced properly, and the politician remains ‘deeply concerned’:

“The Gauteng Provincial Government has resolved not to subject shebeens to the provisions of section 23 of the Gauteng Liquor Act and other strict provisions. As it stands, pre-inspections are not conducted, and permits are granted to shebeens located closer to places of learning, worship, other community amenities, and similar liquor outlets.”

“Virginia Tavern, which was established after the Klipspruit West Secondary School, is one of the examples. This tavern, which is situated on San Salvador Street in Klipspruit West opposite the educational facility was granted a shebeen permit. It is deeply concerning that the Gauteng Liquor Board are not complying with the law.” | Sergio Dos Santos

The baffling decision to allow liquor vendors near schools

Any bar or shebeen within 500 metres of a school should not be granted an application to operate. Meanwhile, any liquor vendors located within ONE KILOMETRE of the aforementioned institutions must file a notice of application to the relevant authorities if they want to continue trading. Section 30 of the Gauteng Liquor Act officially states:

“The Board shall grant an application in the case of premises not situated within a radius of five hundred (500) metres in the vicinity of a place of worship, educational institution, similar licensed premises, public transport facility, or such further distance as the Board may determine or as may be prescribed from time to time.”