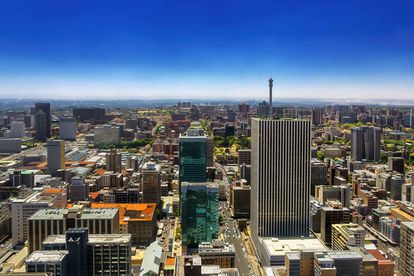 Gauteng Premier David Makhura this week at the State of the Province Address (SOPA) confirmed that the province would be looking to invest in infrastructure development to create much-needed jobs.

Makhura said the Growing Gauteng Together (GGT2030) initiative remains a priority, although the plan had to be adjusted due to COVID-19-related setbacks.

“We have a common vision and plan of action for the immediate and long term development of each metro or district, regardless of the changes that may happen from time to time in the local and provincial government”.

The plan of action includes focusing on “high-growth priority sectors and infrastructure investment projects to unlock the transformation, modernisation and industrialisation of the province’s city region”. This includes but is not limited to the following sectors:

Makhura said the province would ideally have at least one special economic zone per district or metro. Two areas have been identified: the Tshwane Automotive Special Economic Zone (TASEZ) and the Vaal River City SEZ.

Gauteng will also be working closely with the Sedibeng District Municipality, Department of Trade, Industry and Competition, and the Development Bank of Southern Africa (DBSA) on the development of the Vaal River City SEZ

Makhura described the Tshwane Automotive SEZ as the “biggest foreign direct investment since the 2010 World Cup”, while he said the Vaal SEZ was a game-changer for the economy of Sedibeng.

“I am happy to report that work on the West Rand SEZ is progressing well. We are working hard to ensure this SEZ is completed by 2024”.

The province will also be “coordinating efforts in unlocking investment in the City of Johannesburg, the province’s economic hub for the province and financial nerve centre in Africa.”

Makhura confirmed that stakeholders have signed off on the Lanseria Smart City Master Plan, which includes the private sector, the four municipalities involved and the DBSA, which are funding the project.

“The Gauteng provincial government and municipalities are tackling all issues that will improve the ease of doing business and enhance the attractiveness of our city region as the preferred destination for domestic and foreign direct investment”.

The province will also be focusing on the Gauteng expansion, public transport infrastructure-logistical hubs, intermodal facilities, rolling stock, buses and taxis as a key area for investment.

Government plans to go ahead with the Gautrain expansion to the Eastern, Western and Southern parts of the province, despite several setbacks over the years. However, the project was not placed on hold, the deadline just moved.

According to Makhura, the province is “closer to the single, integrated, inter-modal, reliable, safe and affordable public transport system.”

“We will have a single ticket for all modes of transport in Gauteng by the end of this financial year.”