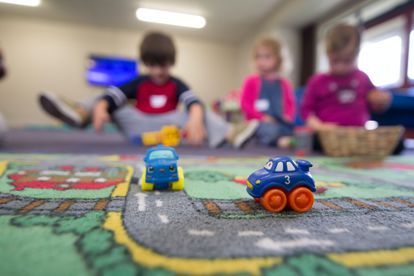 The Gauteng High court ruled today that private nurseries and daycare centres may reopen immediately if they can do so safely. Judge Hans Fabricius declared the Department of Social Development’s closure of private Early Childhood Development (ECD) sector schools under Level 3 regulations unlawful and unconstitutional.

The case was brought to court by the Solidarity Occupational Guild for Social Workers and the Solidarity Support Centre for Schools. The organisations filed an urgent application, arguing that private preschools were ready to receive students safely and that there was no reason to prevent reopening.

The Judge ordered Social Development Minister Lindiwe Zulu as the first respondent to pay the costs of the applicants. In the judgement, he expressed his disapproval of the handling of the matter, stating that the Minister’s conduct “falls far short of the standard that can and must be expected in these crucially important proceedings concerning young and vulnerable children”.

Anton van der Bijl, head of Solidarity’s labour law services, said the ruling “is not just a victory for private nursery schools and daycare centres as well as their learners; it is a victory for every South African who wants to stand up to the unfairness of the government’s lockdown measures”.

Sector head of the Solidarity Occupational Guild for Social Workers Marisa Engelbrecht said, “We are delighted with the ruling. It means thousands of parents will be able to place their children in the care of their competent teachers again for the stimulation and learning that children so desperately need”, adding that “these children will now be in a safe environment again and that the children dependent of feeding schemes will once again be able to learn and develop optimally with food in their stomachs.”

This ruling comes a few days after the Pretoria High Court dismissed an application by the One South Africa Movement (OSA) to have schools closed, stating it was satisfied with the government’s efforts to ensure learners safety.