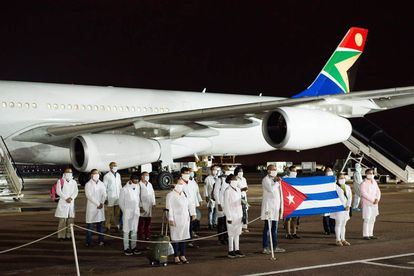 The Gauteng Health Department has revealed that it spent R30.3 million on Cuban doctors in 2021, and still employs 14 Cuban doctors who earn between R78 000 and R91 000 a month.

This was revealed by Gauteng Health MEC Nomathemba Mokgethi in a written reply to questions in the Gauteng Legislature.

Democratic Alliance (DA) Gauteng Health spokesperson, Jack Bloom said according to Mokgethi, the 14 doctors are at Primary Health Care facilities. They are employed because of a government-to-government agreement entered into by South Africa in 1996.

“Cuba as a country is known for having the best health outcomes and their experience in prevention and health promotion would assist in strengthening the District Health System. The Cuban National Doctors also serve as mentors and coaches for the doctors who are placed at Primary Health Care facilities, especially the South African Cuban trained doctors.”

Bloom said it is disappointing that the department still employs 14 of them when local doctors are unemployed.

“I doubt whether they add expertise that is not available locally. Some of them do not speak English well and they are not familiar with local health conditions.

“Government money should be spent on South Africans rather than wasted on Cuban doctors and expensive medical training which is being probed for suspected corruption.”

The Cuban health workers were deployed in South Africa to help in the fight against Covid-19. The deployment was estimated to cost tax payers about R239 million for the duration of their stay.

Then Health Minister, Zweli Mkhize defended the deployment, stating that the doctors and health experts were incredibly well-trained and would bring a wealth of knowledge to the country’s medical front-line.