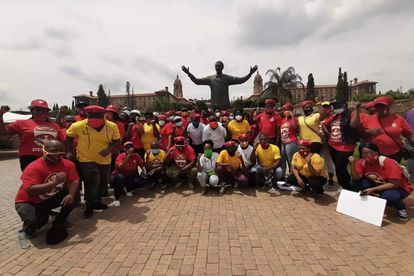 Gauteng health department rubbishes claims by the Democratic Nursing Organisation of South Africa’s (DENOSA) that nurses will be retrenched.

The department notes concerns by the nursing union at their media briefing on Sunday, where they complained that community service nurses have not been paid for three months.

DENOSA SPEAKS UP AGAINST GAUTENG HEALTH

At a briefing on Sunday, the union raised issues of “inhumane” treatment of workers.

“The department… is currently actively planning retrenchment of these nurses in a province that is engulfed with a shortage of nurses and great health demands. This clearly shows we are dealing with a leadership which, in our view, is confused. Its actions are not in line with the National Development Plan (NDP).”

According to Gada, the province needs to recruit more skilled healthcare workers in order to roll out the National Health Insurance (NHI).

“The actions we are seeing on the ground are contradicting that vision of government. The question we are asking is how will that government justify retrenchment while their own NDP says the opposite,” Gada said.

Gauteng health spokesperson Motalatale Modiba confirmed on Sunday that nurses would not be going anywhere.

“The Department wishes to reassure the public and its employees that it remains committed to ensuring that the health system is capacitated with the necessary human resources to continue rendering much-needed health service to communities.”

“Furthermore, Gauteng Department of Health can confirm that there are no nurses due for retrenchment,” Modiba said.

In addition, the outstanding salary payments of community service nurses has been resolved. The affected nurses will receive their pay on Monday.

“Just over 50 employees are affected. 45 of these will be paid on Monday with the exception of seven others whose mandates need to be corrected from the host institutions. Their salaries will be processed as a matter of urgency upon addressing the related administrative issues,” Modiba said.