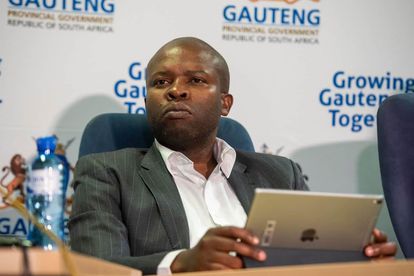 On Monday 2 November 2020 the Gauteng provincial government announced that it would not appeal a ruling by the Supreme Court of Appeal (SCA) in relation to the dissolution of the City of Tshwane’s municipal council.

Last week Tuesday, the SCA dismissed the Section 18(4) application brought by the provincial executive seeking a suspension of the enforcement order granted in favour of the Democratic Alliance in June.  The June order was preceded by an April ruling in which the courts found the decision to dissolve the council was unlawful. The provincial government sought to suspend that order, pending a Constitutional Court ruling on its decision to invoke Section 139(1) (c), dissolving the council and installing administrators.

The SCA ruling paved the way for the first council sitting which took place on Friday 30 October 2020. The DA’s Randall Williams was elected mayor of the city of Tshwane at the special sitting.

The Gauteng provincial government however stressed that the SCA ruling did not deal with the merits of its decision to dissolve the council and therefore believes that the recent developments could be reversed.

On 10 March 2020 the provincial government resolved to dissolve the council stating that it had failed to execute its duties after several council meetings collapsed. The ANC and EFF staged walkouts on several occassions, with the ANC maintaining that it was within its right to walk out of any council meeting as it was a form of protest.

During the Monday briefing Gauteng Local Government MEC, Lebogang Maile revealed that the provincial government held a meeting on Wednesday 28 October 2020, where he briefed Exco+69 on the outcome of the SCA judgment pertaining to the City of Tshwane Metropolitan Council.

“Exco emphasized that it is imperative to underscore that the Provincial Government respects the Constitution as the supreme law of the land and embrace the principle of separation of powers. Exco also recognise and appreciate the important role of the judiciary as the custodian of the rule of law in a democratic state such as South Africa.”

“Exco further noted that the SCA judgment is highly appealable to the Constitutional Court, but has decided not to do so.”

Maile that Exco decision not to appeal was purely based on the fact that they were outwaiting the Constitutional court  outcome on the implementation of Section 139(c).

The MEC also revealed that the Team of Administratorshad been with immediate effect.