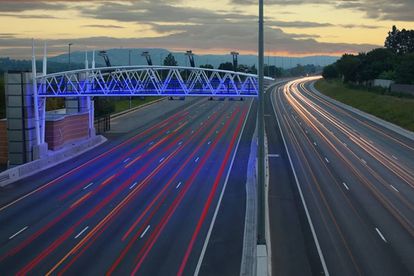 Cabinet’s failure to make a decision on the funding of the Gauteng freeways is affecting long-term road planning and “allows SANRAL to avoid responsibility for its incoherent e-toll collection strategy,” says the Organisation Undoing Tax Abuse (OUTA).

“More than a year ago – in July 2019 – the cabinet mandated a team to come up with a solution and promised a decision within two weeks. We’re still waiting.”

SANRAL’s CEO Skhumbuzo Macozoma confirmed this week in a radio interview that Gauteng’s e-toll compliance rate before the Covid-19 pandemic was at an unsustainable level of 20%, bringing in only R60 million a month.

This is barely sufficient to pay for the administration of the scheme’s toll collections, says OUTA, adding that collections have not improved during the pandemic, with Macozoma saying that SANRAL, South Africa’s road agency, now down R640 million on all toll collections.

“However, OUTA is surprised that Macozoma appears to be equating the lack of revenue from the failed e-toll scheme – which is linked to just 186km of Gauteng roads – with the national roads backlog of R400 billion and hints that road maintenance will be reduced.”

The group adds that SANRAL is conflating the Gauteng upgrade with other national challenges they have, and “should not lay the blame of their funding woes at the doorstep of Gauteng road users who were rightfully defiant of a grossly inefficient and expensive scheme.”

In the first instance, says OUTA, Gauteng daily commuters were expected to pay for using urban roads, whereas the other toll schemes situated on national economic corridors are less intrusive on the cost of living for daily commuters.

If SANRAL wants to introduce a drive-now-pay-later electronic tolling scheme in any city, it needs to ensure that these systems are “workable, efficient and promote the public’s willingness to participate.”

The civil action organisation says with regards to Gauteng Freeway Improvement Project (GFIP), SANRAL “got this horribly wrong” and collapsed the system through their “own mismanagement and poor leadership.”

“Macozoma’s comments add more confusion than clarity when it comes to the future of e-tolls,” says Wayne Duvenage, OUTA’s CEO.

“We now have almost seven years of empirical evidence that the scheme was unworkable, yet Mr Macozoma still speaks in a manner that seeks the public to embrace e-tolls.”

In 2017, OUTA said it conducted a high level costing exercise of the GFIP and claimed that SANRAL had grossly overpaid by approximately R10,8bn when it paid R17,9bn for the Gauteng freeway network upgrade between 2008 and 2012.

The exercise also revealed that the rest of the world was able to build between two and three roads for every one road that SANRAL built.

SANRAL denounced OUTA’s findings, questioning its methodology of benchmarking as a “futile exercise.”

OUTA has campaigned against the e-toll system long before it was switched on, saying it was a “grossly irrational and unfair burden on Gauteng’s commuters” and an unjustifiably expensive scheme set up without public consultation.

Macozoma’s comments illustrate SANRAL’s inability to take responsibility for this failed scheme and the overpriced contracts that it signed, which have now expired, OUTA says.

Not against privately funded road infrastructure

OUTA says it’s not opposed to privately funded road infrastructure projects which are done on a Build-Operate-Transfer (BOT) basis with the State, as this is what’s happening on the long distance economic corridors and that these schemes are working because they are manageable through 100% compliance rates.

“What we are disappointed about is Sanral’s absolute lack of transparency on the revenues collected and what the public is paying for on these concessioned routes. Road infrastructure financing is not an either-or situation as regards public funds and private user-pay BOT mechanisms.”

The lobby group says building road infrastructure should be about a combination of mechanisms, applying those that work best in the right environments, being transparent, and taking the public and communities into their confidence.

Macozoma says the right things when it comes to working in the best interests of the communities and people of the country, yet Sanral does little to demonstrate transparency, OUTA says.

“Why don’t we ever hear them apologising to society for placing us under this unnecessary pressure and what are they doing about addressing the perpetrators of these crimes.”

“In addition, to the overpriced construction costs, we uncovered that the e-toll collection contract increased without explanation by 61% after the tender was awarded and for years they misled the public on the e-toll compliance levels. This is no way to win the trust of the public.”

OUTA says Sanral effectively admitted the scheme had failed when it stopped pursuing e-toll debt a year ago.

“We await the cabinet decision on the way forward.”