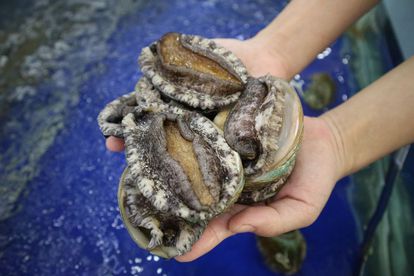 A member of the Junior Mafia gang from the Western Cape was sentenced to 30 years behind bars after killing a man linked to abalone smuggling. Ronaldo van der Berg reportedly murdered Cameron Marc Padayachee after he refused to pay him extortion money.

How was Padayachee murdered?

On 21 December 2021, Padayachee and his employee were fixing his vehicle in front of his Gansbaai home. 24-year-old Van der Berg walked up to them before shooting Padayachee. The employee and Padayachee’s two children, who were in the vehicle, were unharmed.

In his plea and sentencing agreement, Van der Berg reportedly confessed. He revealed that a decision was taken to take Padayachee’s life after he refused to pay the extortion fee from the money he earned from his abalone poaching business.

The prosecutor in the case argued that Padayachee’s murder was not only premeditated but committed with direct intent.

“The deceased’s two young children were close to where their father was shot and were traumatised by the incident. The accused had no regard for their safety or wellbeing,” the prosecutor said.

Spokesperson for the National Prosecuting Authority (NPA) Eric Ntabazalila said the SAPS’ anti-gang unit detectives took the investigation over from the beginning. This was done as the case was linked to the illegal smuggling of abalone and allegations of extortion.

In an unrelated incident, it was previously reported that a teenager was sentenced to 68 years imprisonment by the Blue Downs Magistrate Court in Cape Town on Tuesday, 20 September. The 17-year-old shot and killed two people last year and wounded more – the second murder occurred while he was out on bail.

South African Police Service (SAPS) spokesperson Ndakhe Gwala said Keanu May, the accused, who was 16 at the time, went to Petrus Street in Kraaifontein in February 2021 and found his unsuspecting victim.

May opened fire and killed the victim who was standing in his yard with his friends. The teenager was later arrested and released on bail. Read the full story here.