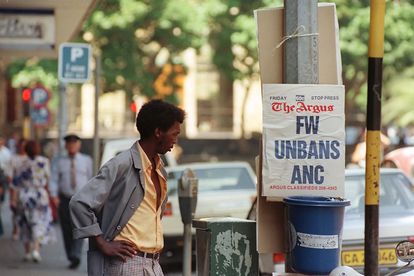 Frederik Willem de Klerk died in the early hours of Thursday morning, 11 November, at his home in Fresnaye, Cape Town. He announced that he had cancer on 18 March 2021.

The F.W. De Klerk Foundation announced the passing of the seventh apartheid president on Thursday.

The foundation said he was struggling with mesothelioma cancer. He is survived by his wife Elita, his children Jan and Susan and his grandchildren.

He unbanned the African National Congress and released Nelson Mandela from Robben Island after 27 years in jail on 2 February 1990.

In 1991, the apartheid regime was ended after 43 years of minority rule.

After South Africa’s first democratic general election, De Klerk served as the 1st deputy president of the country along with Thabo Mbeki under Nelson Mandela between 10 May 1994 and 30 June 1996.

After he vacated the position, he served as leader of the opposition from 1996 until his retirement in 1997.

De Klerk leaves behind a controversial legacy, despite the accolades. Most notably he received the Nobel Peace Prize along with Mandela in 1993 and earned widespread acclaim for ending an unsustainable political regime and overseeing a peaceful transition to democracy.

He was accused of not taking responsibility for the atrocities committed by the apartheid security forces and was also widely slammed for not seeing apartheid as a crime against humanity – he later withdrew the remarks.

Certain sections of the population may even see him as a traitor of his people.

“There were always going to be Afrikaners who would never forgive him for surrendering sovereign Afrikaner power, giving up the Afrikaners’ right to national self-determination,” said Dave Steward, the Chairperson of the FW de Klerk Foundation.