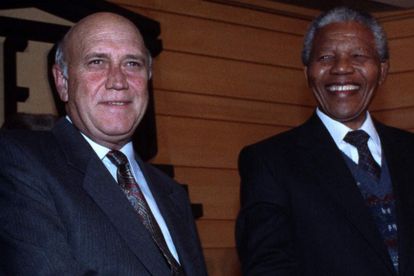 After a weekend where his fake “Twitter memorial service” saw thousands of South Africans attend to make jokes, we now have the real details of the FW de Klerk funeral. And in what might be considered a big political relief to the ANC, there will be no state funeral.

“It is with the deepest sadness that the FW de Klerk Foundation must announce that former President FW de Klerk died peacefully at his home in Fresnaye earlier this morning following his struggle against mesothelioma cancer. Mr De Klerk was 85 years old. He is survived by his wife Elita, his children Jan and Susan and his grandchildren.”

De Klerk served as a Deputy President once the country entered democracy in 1994. As a result, he would have been entitled to a full state funeral. His family have decided against this possibility.

Speaking on Newzroom Afrika in the hours after the funeral details were announced, de Klerk foundation spokesperson Dave Stewart had his say.

According to Steward, the divided response to de Klerk 7-minute apartheid apology video is due to how divided the country is.