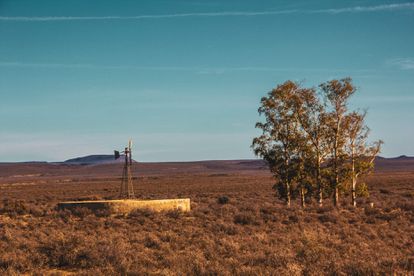 SAPS have confirmed that they are searching for the perpetrators behind a heinous farm murder in Free State – just weeks after a similar crime sparked racially charged confrontations in the province. This attack took place in the quiet town of Hennenman, in the Lejweleputswa District Municipality.

We’ve had several details of this gruesome event confirmed to us by the police:

A statement has been issued by the regional police department. They revealed that the domestic worker on the farmstead discovered the body of the 56-year-old landowner, and was left with the ominous task of alerting his wife. The son, meanwhile, is still receiving hospital treatment for the injuries he suffered.

“A case of murder and house robbery is being investigated, after an attack in Swartpan farm left a farmer dead and his son injured. On Friday 6 November at 05:00, a domestic worker at the farm made the gruesome discovery. She was called by the deceased’s wife, who was concerned since she tried in vain to get hold of her husband and son.”

“The domestic worker alerted relatives after she found the 56-year-old farmers and his 26-year-old son injured. Other farmers and the police were activated and the farmer was declared dead at the scene, whilst the son was referred to a hospital for treatment. Investigations will continue throughout Friday”