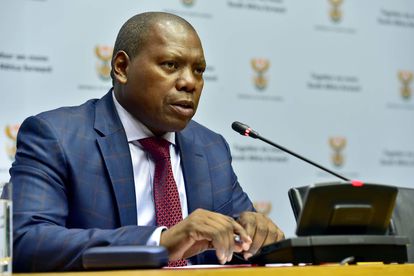 The Department of Health are urgently tracing more than 200 congregants who may have been infected.  after a group of COVID-19-positive tourists attended a church service in the Free State.

The tourists – two of whom are from the United States (US), two from Israeli and one from France – were found to be positive for the virus and entered quarantine at a bed and breakfast in the province.

It has since emerged that they spent Sunday morning at a church service attended by some 200 congregants, and now the Department of Health is scrambling to find all of them and ensure that they are properly tested and quarantined if necessary.

“Five travellers – two from Texas, two from Israel and one from France – entered the country between 9 and 11 March to participate in a church gathering. They subsequently developed symptoms and were thereafter quarantined in their rooms at the bed and breakfast they were residing at,” the department said.

Health Minister Zweli Mkize said they would all need to be identified and tested accordingly.

“Some of them will have to be tested immediately and others watched, depending on the assessment of the tracing team.

“This weekend we will rush out to find them. They must be screened, tested and quarantined. We are appealing to the members of the church to help the screening teams to identify others.

“We have dispatched a senior expert from the National Institute for Communicable Diseases to come and reinforce this effort. They will be landing here today. A mobile unit from the National Health Laboratory Service is also coming to help us with the testing.

The department is yet to reveal which church was affected.

A statement from the Department of Health said that the incident needs to be treated as a high-risk situation.

“Since then they have remained quarantined in that B&B and the staff that came into contact with the patients have also been quarantined within the B&B.

“Having learnt from the outbreak of Daegu and the situation of the Princess Diamond ship, it is necessary to treat the entire congregation of this particular church gathering as a high-risk situation.”

“As such, a call has been made for all members of this congregation who were present at the church conference to co-operate and collaborate in a process that will ensure that up to 600 tests can be done for all individuals who came into contact with these patients.”

The Free State recorded its first case of coronavirus on Thursday 19 March, with the number climbing to seven on Friday. The Department of Health will be hoping they can quell this latest incident without the tourists having spread the infection to the congregants.