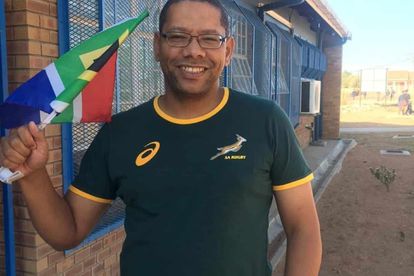 The Western Cape Education Department (WCED) has decided to withdraw fraud charges against a teacher who classified himself as “African” on his CV.

Western Cape Minister of Education Debbie Schafer, earlier on Wednesday said it was brought to her attention that her department allegedly charged a teacher with fraud for the mishap on his CV. Schafer said the “victimisation” was unacceptable and would not be tolerated.

As national legislation requires an employment equity score to be given to each candidate during the recruitment process, which is based on race and gender in order to meet employment equity targets. This information is required on job application forms.

According to TimesLive, Glen Snyman is a teacher at Grootkraal Primary School in Oudtshoorn, as well as, the founder of an organisation called People Against Race Classification (Parc), which opposes the official referencing and classification of race in South Africa.

According to WCED Director of Communications Bronagh Hammond, Snyman had identified himself as “African” on his CV for a position but had otherwise indicated “Coloured” on other applications and documents.

“The WCED was alerted to this discrepancy and he was subsequently charged as this could be considered fraudulent,” said Hammond.

Hammond said the department has since been made aware that the teacher identifies himself as ‘African’ and has been fighting the current government’s race classification system for a number of years.

“While we believe that we must continue to redress the injustices of the past, we have reviewed the case and believe it does not warrant further action. It has, however, raised a number of issues with regards to race classification and identity which will require deeper discussion and reflection,” said Hammond.

“The charges have thus been withdrawn and we will engage with Mr Snyman to enable us to accurately record his personal details as required,” added Hammond.

Schäfer, on Wednesday, said she had only just learned that a WCED teacher was allegedly charged with “fraud” for classifying himself as “African” on his CV.

“One of the many evils of apartheid was the classification of people by their so-called race.  This was what many people have fought to rid our country of. So I am understandably shocked to discover that my department is apparently charging someone because of how they choose to classify themselves,” she said.

“If this is in fact the case, it is anathema to me. And we will not tolerate victimisation of people who do not conform to an artificial and arbitrary classification of who they are deemed to be,” she added.

Snyman said he was not able to discuss the matter with the media as yet.