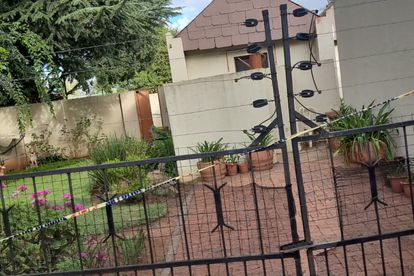 Four men were arrested when the bodies of an elderly couple who was BRUTALLY murdered were found days after residents noticed no activity at their residence in Carolina in Mpumalanga.

BODIES OF COUPLE, AGED 64 AND 83, FOUND ON TUESDAY

According to police spokesperson Colonel Donald Mdhluli the two pensioners, aged 64 and 83, respectively, were found murdered on Tuesday at a communal place in Carolina.

“It is said that at about 7:10 am, police in Carolina were called to attend a crime scene at Voortkrekker Street in Carolina. According to the information, some concerned residents at the said communal became worried when they did not see their two elderly neighbours for a while and then contacted the police.

“Upon arrival at the place, police entered the house as both the door was not locked. The members then discovered the lifeless bodies of the couple. The two were unfortunately certified dead by the Emergency personnel at the scene,” Mdhluli said.

In a swift response from police, who within hours managed to connect the dots, four people were arrested in connection with the double murder.

“Police managed to connect their dots and uncovered that there were some items belonging to the victims, which appeared to have been taken by the suspects thereof,” he said.

Mdhluli said the stolen items included their Toyota Corolla and a firearm.

ALSO READ: Son murder mother with HAMMER before being killed in pedestrian accident

The said vehicle was found abandoned not far from the scene.

“A case with two counts of murder and robbery was then opened accordingly with a launch of a manhunt for suspects. The astute members worked tirelessly to bring those responsible to book.

“Some information regarding the whereabouts of the suspects was then obtained from certain members of the public. The details were followed up and the four were cornered and nabbed at Carolina.”

Members of the police from Carolina arrested four men aged between 18 and 30. The four are alleged to be somehow connected to the murder and robbery.

He furthermore said the four men are facing charges of two counts of murder and robbery as well as possession of the suspected stolen property.

They are expected to appear in court soon.