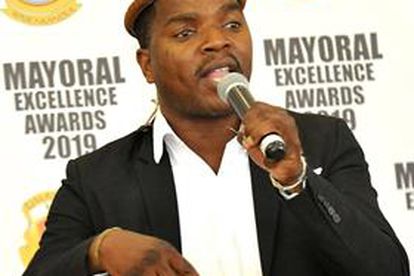 Former Ukhozi FM DJ, Ngizwe Mchunu will remain behind bars for another week. Mchunu appeared before the Randburg magistrate’s court on Wednesday and was remanded in custody until his bail hearing in the Randburg Magistrate’s Court in Johannesburg on 28 July 2021.

Mchunu was arrested after handed himself over to police at the Durban Central police station on Monday, 19 July following allegations of inciting violence and anarchy in KwaZulu-Natal (KZN).

NGIZWE MCHUNU TO REMAIN BEHIND BARS

”Evidence that we have relates to utterances that he made during the press conference that he held. In terms of masterminding it, I am not able to comment at this stage because there is a wide range of investigations that are conducted which might lead to more charges being added,” he told IOL.

Mhaga added that the NPA had assessed the video of Mchunu’s address and have used an isiZulu translator.

“We are convinced that the words that he used amount to the commission of an offence of incitement to commit public violence,” he said.

During his ‘address’ on Sunday 11 July he said that uBaba (referring to Zuma) always says umuntu akalahlwa (which means you can’t discard a human as you would to an animal or give up on a human being). “I am very saddened by the fact that an 80-year-old freedom fighter is in prison my fellow Africans,” he said.

“I fear what is going to happen in this country if our President is not released from prison within 3 days, starting from today (Sunday, 11 July). Cyril Ramaphosa, Judge Raymond Zondo, the time for the meetings you are holding is over, release Zuma from prison, or hell will break lose,” he added.