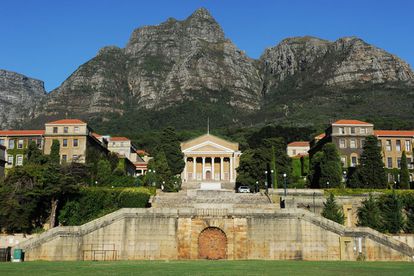 A former University of Cape Town (UCT) student who was publicly accused of rape has won the lawsuit.

UCT STUDENT HAD TO LEAVE THE UNIVERSITY

The former UCT student, Ramaano Ramokgopa filed a lawsuit against the woman who added him to a widely-circulated UCT rapists list a few years back.
Eyewitness News reports that the woman, Sphelele Nxumalo who put the student’s name on the widely-circulated list must now pay R300 000 in damages and medical bills.

EWN reports that the list came in response to the rape and murder of UCT student Uyinene Mrwetyana by a Post Office employee in August 2019.
Due to the nature of the allegations, the publication reports that he said he was ostracised as a result had to abandon the institution.
EWN also reported that Nxumalo did not oppose the action, hence was ordered to apologise and to pay Ramokgopa’s legal costs.

The culture of naming and shaming alleged rapists stems from the adoption of the global #MeToo Movement which became #AmINext? in South Africa.

A long list of celebrities, politicians and businessmen were inked on that list. The notorious list did not just carry names but threads of disturbing content coughed out by the victims.
As this social media campaign grew in limps and bounds, it started to become synonymous with vindictive people who used the campaign as a form of cancel culture.
However, the campaign fizzled out over the years as the accused figures did not sit back but roped in their lawyers to defend their reputation and image in society.