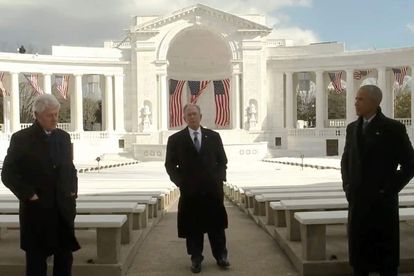 The historic event, held at the US Capitol on Wednesday, 20 January 2021, was more scaled down due to the COVID-19 pandemic, of which the country is the epicentre. Biden’s inaugural committee kept crowds to a minimum and urged citizens not to travel to Washington.

By becoming the 46th President of the US, Biden joins what can only be described as one of the world’s most exclusive fraternity. Having lead the US for a collective 24 years, Bush, Clinton and Obama had some words of encouragement for their new member.

Obama, Clinton and Bush to Joe Biden: ‘We’re rooting for you’

Obama, for whom Biden was vice president during his administration, spoke of what inauguration meant to him. Obama reflected on his own historic inauguration in 2008, when he took over the reins from Bush.

“For me, there’s a personal element to seeing my former vice president become the 46th president. To see Kamala Harris as our first woman vice president. More broadly, I think inaugurations signal a tradition of a peaceful transfer of power that is over two centuries old,” he said.

Bush said the fact that they were all talking about a peaceful transfer of power, speaks to the institutional integrity of the country.

“I think if Americans would love their neighbour like they’d like to be loved themselves, a lot of the division in our society would end,” he said.

Clinton called on people to “get off their high horse” and come together, as the Biden-Harris inauguration symbolises a new beginning for the country.

The former presidents had a few words for Biden, who begins a new journey in the oval office.

“Mr President, I’m pulling for your success. Your success is our success and God bless you,” said Bush.

“I’m glad you’re there and I wish you well. You have spoken for us today and now you will lead us and we’re ready to march with you,” Clinton said.