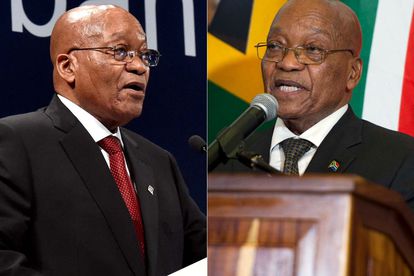 The JZ Foundation says the private prosecuting has to be instituted within three months of the date of the certificate. Photo: GCIS / Flickr

The JZ Foundation says the private prosecuting has to be instituted within three months of the date of the certificate. Photo: GCIS / Flickr

The legal team representing former president  Jacob Zuma says they have drafted a charge sheet for the private prosecuting of Advocate Billy Downer. This follows news that the National Prosecuting Authority (NPA), on Tuesday 6 May, declined to prosecute Downer.

The charges were laid against him by the former president for allegedly leaking his medical records. The NPA said there was insufficient evidence. Zuma reportedly filed the charges against downer in October 2021 at the Pietermaritzburg police station.

On Wednesday, 7 June, the Jacob Zuma Foundation said a private prosecution of Downer had to be instituted within three months of the date of the certificate.

“The private prosecution has to be instituted within 3 months of the date of the certificate. That period expires on 6 September 2022. We wish to assure the public that the prosecution will be instituted long before that date as the legal team had already started all the preparatory work,”

The foundation revealed that a charge sheet is ready and they are looking forward to seeing Downer and “his two accomplices” in the dock.

Another legal blow for Zuma as NPA DECLINES to prosecute Downer

It was reported earlier that, the National Prosecuting Authority (NPA) has opted against prosecuting Advocate Billy Downer – as it reckons there is no case to be made against him. Former president Jacob Zuma laid a criminal charge against Downer, who is the prosecutor in his arms deal trial, last year, for allegedly leaking his medical records.

Zuma has previously tried to have him removed from the case but failed. Former president Jacob Zuma now has three months to pursue private prosecution against Billy Downer, if he wishes. In the meantime, the NPA says the arms deal trial will resume on 15 August.

All this comes a month after the Supreme Court of Appeal Judge President Mandisa Maya dismissed Zuma’s bid to have Downer removed. The High Court in Pietermaritzburg had previously dismissed Zuma’s application for leave to appeal its decision that Downer stay on the matter. Zuma’s legal team had wanted Downer removed from his corruption trial, arguing prosecutorial misconduct. Read the full story here.