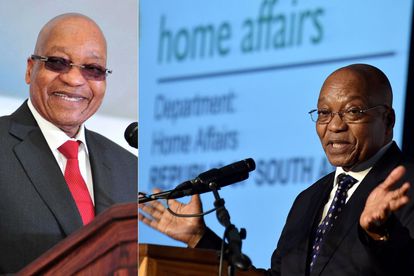 1 June is the deadline for Jacob Zuma’s lawyers to file papers to the SCA to challenge the High Court declaration that his release on medical parole was unlawful and irrational. Photo: KZN Premier’s office and GCIS / Flickr

1 June is the deadline for Jacob Zuma’s lawyers to file papers to the SCA to challenge the High Court declaration that his release on medical parole was unlawful and irrational. Photo: KZN Premier’s office and GCIS / Flickr

The Department of Correctional Services and former president Jacob Zuma’s legal team have until Wednesday, 1 June, to file papers to the Supreme Court of Appeal (SCA).

Respondents have until 1 July to file opposing papers

The papers need to challenge the judgement by the High Court that declared Zuma’s release on medical parole was unlawful and irrational. The Helen Suzman Foundation and other respondents have until 1 July to file their opposing papers to the SCA.

The Constitutional Court sentenced Zuma to 15 months imprisonment for being in contempt of court. This followed the former president breaching the apex court’s order for him to appear before the State Capture Commission after it summoned him.

This was under two months of Zuma in prison and went against the Medical Parole Advisory Board’s recommendation. Judge Elias Matojane stated that Zuma’s case needed the SCA’s attention.

Matojane said this would bring certainty to the interpretation of the Correctional Services Act. The Pretoria High Court, last year, ordered Zuma to return to prison. It sent aside his medical parole.

It stated that it is declared that Zuma’s out of jail time on medical parole should NOT be counted for the fulfilment of his sentence that was brought down by the ConCourt.

Judge Piet Koen was far from impressed after being informed about the above by Prosecutor Billy Downer. Downer told the court that he had checked twice with the registrar of the SCA and that there is still no result. Read the full story here.