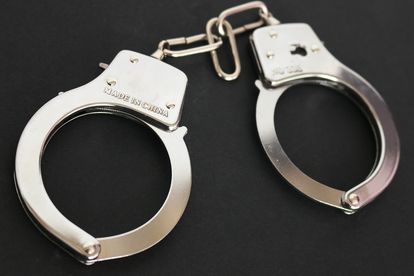 A disgraced former police officer and his partner in crime recently appeared before the George Magistrates Court for their involvement in a fuel fraud syndicate.

According to Western Cape Hawks spokesperson, Zinzi Hani, Tshuku and Skade were busted with 15×25 litre containers of petrol. They were also found in possession of Western Cape Government cloned cards with fleet card information. It was on the magnetic strip.

A thorough probe into the pair’s illicit activities at a George-based petrol station at the start of the weekend.

Hani said the Hawks collaborated with the George SAPS.

“The Hawks’ team in conjunction with local police were able to bust the alleged fraudsters operating with cloned fuel cards,” said Hani in a statement.

Fuel fraud syndicate caught with litres of petrol in possession

Hani said the duo is expected to reappear in court on 14 March to deliver bail information but more arrests were expected.

Meanwhile, in Mpumalanga, the Hawks busted a man for being in possession of a cloned credit card that had been used over 265 times.

The 43-year-old’s latest credit card usage, where he swiped to enter and pass the N4 toll plaza in Kaapmuiden, Mpumalanga, resulted in the arrest.
The Mozambican national was reportedly driving a truck that commercially transports goods. He was charged with the contravention of the provisions of Section 86(3) of the Electronic Communications and Transactions Act.

The SAPS revealed, in a statement, that the continuous usage of the card resulted in an actual loss of a massive R133 525. The accused reportedly used the cloned credit card over 260 times. Captain Dineo Lucy Setodi, the spokesperson for the Hawks in Mpumalanga, stated that the arrest came after an investigation was established. Read more here.