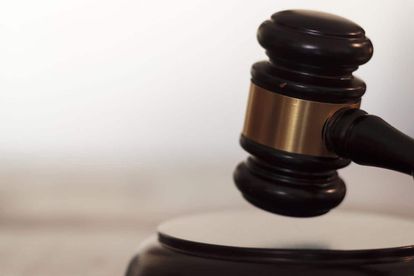 The Sterkspruit Regional Court in the Eastern Cape has sentenced a 78-year-old former police captain to life imprisonment for raping his granddaughter 18 years ago in 2002.

The rapist, who cannot be named to protect the identity of the victim, raped his granddaughter when she was just 10-years-old.

According to National Prosecuting Authority (NPA) Regional Spokesperson in Mthatha Luxolo Tyali, the evidence presented in court showed that when the captain was 60-years-old, he did something terrible.

Sometime in 2002, the police captain was stationed in the neighbouring Free State province. He visited his home at Ntabamhlophe Village in the district of Sterkspruit. During the visit, he drove all his grandchildren, including the victim, in his bakkie to visit his parent’s home in the same village.

When they arrived at his parent’s homestead, there was no one there but the houses were open. The captain called the unsuspecting victim inside one of the houses, leaving the other children to play outside. He then raped the minor and thereafter drove back to his home with all children.

On arrival back home, the victim told her grandmother — the rapist’s wife — what had happened. When confronted with the allegations by his wife, the man denied raping the child.

“As a result, the victim was accused of lying about an elderly person and was punished by the grandmother by way of assault with a wooden stick,” said Tyali.

The matter remained unreported to the police until 9 November 2016. It led to the arrest of the now-retired policeman.

During the trial, the police captain pleaded not guilty, claiming he did not know the victim as she was young and had never met her before or in 2002, therefore the raping incident could not have taken place. He claimed that the child had fabricated evidence against him due to an ongoing family feud.

Advocate Loyiso Methuso, for the state, led the evidence of the victim — now 28 years old — who gave a clear and satisfactory account of the incident despite the 18-year lapse. The court convicted the pensioner and found no substantial and compelling circumstances justifying a deviation from the prescribed term of life imprisonment.

The court maintained that the man broke the relationship of trust and failed in his duty to protect his granddaughter as both her grandfather and a police officer. The court took into account the pre-sentence report presented by the probation officer at the defence’s request but found that aggravating factors far out-weighed mitigating circumstances.

“The NPA welcomes the sentence with the hope that it will encourage other victims of rape to come forward and report even if they were abused a long time ago,” said Tyali.