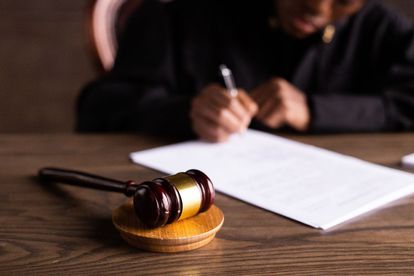 The fraud case against the former head of the Department of Health in the North West, Dr Andrew Lekalakala has been postponed.

The case was postponed by the High Court of South Africa; North West Division to 3 October 2022, due to his ill health. The defence attorney provided the court with a medical certificate.

Lekalakala faces a R30 million fraud case after awarding a tender to a Gupta linked company.

He is facing two charges of fraud, one of contravening the Public Finance Management Act (PFMA) and another, in terms of the Prevention and Combating of Corrupt Activities Act (PRECCA).

The mobile clinics were meant to serve rural communities in the North West.

A similar project was already being implemented in the Free State province. Lekalakala, as the then accounting officer, allegedly decided to participate in the same contract.

“He elected to apply the Treasury Regulations that allow for participation in an existing contract arranged by another organ of state, with the same contract terms,”

However, it was discovered that the awarding of this contract did not comply with Treasury Regulations and the project was not budgeted for.

Lekalakala also falsely indicated during a management meeting that the service by Mediosa Health was a National Department of Health initiative that would be rolled out to other provinces.

“Mediosa Health allegedly received an upfront payment of R30 million. Lekalakala is alleged to have received gratification in a form of a trip to India. He was accompanied by his spouse and his associates.

“The state also intends to prove that the service level agreement was signed on this trip and not at the Department of Health offices,”

The state is expected to call its second witness when the trial commences in October.

Meanwhile, Lekalakala was previously accused of fraud along with former North West MEC for Finance, Wendy Nelson. It was over his alleged irregular appointment as head of the department in 2014.

They have since been acquitted of the R8 million fraud charges.

Lekalakala is currently out on R5000 bail and it was extended until his next court appearance.