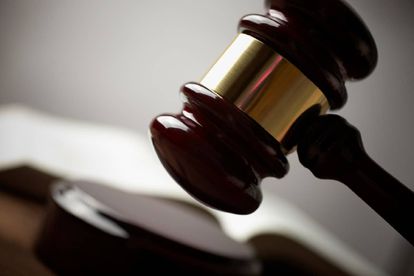 Four former officials from the Gauteng health department, implicated in a lucrative I.T tender, have been granted bail.

They appeared before the Specialised Commercial Crime Court in Palm Ridge on Thursday, October 22, 2020, where their case was postponed to 03 December 2020.

The suspects face charges of fraud, corruption, money laundering and contravention of the Public Finance Management Act (PFMA). They are accused of receiving kickbacks for influencing the awarding of a tender with the department, to a company, which ended up costing well over R1 billion.

Moeleketsi, Romaano and Mosupi were granted R25 000 bail while Ngcobo was released on R8 000 bail.

Two other suspects, John Richard Payne and Phil Austin, who own companies believed to have benefitted from the contract, could not be arrested as they are out of the country.

A company called Baoki Consortium was awarded a contract with department to provide Information Technology (I.T) systems worth more than R1 billion. At the same time, a company called 3P Consulting (Pty) Ltd (3P) was appointed by the department to manage various contracts on its behalf.

In May 2008, Mosupi and Mookeletsi, together with representatives of Baoki Consortium, signed a change order which would allow the company to procure the services for the provision of power (generators), furniture, network, computer literacy training and catering.

The value of the change order was over R13 million. The services procured by the company back in May 2008 were not in line with the original agreement.

“The supplier for the furniture as stated in the change order above was Ukwakha Design (Pty) Ltd (Ukwakha).  This company was owned by Payne. This meant that the Baoki Consortium contract was managed by 3P, with Payne as one its directors. In turn, the sub-contracting company which supplied furniture, Ukwakha, was owned by Payne,” the National Prosecuting Authority (NPA) explained in a statement.

The NPA said the agreement was not adhering to the Public Finance Management Act (PFMA) but Ngcobo and her two senior officials, Mosupi and Ramaano signed it off anyway.

“The agreement with the Baoki Consortium was cancelled during 2009. It is alleged that Life Channel, through its director, Austin, paid for Mosupi’s family to visit London and that the trip was facilitated through 3P,” the Hawks further said.

It is alleged that AMETHST (member of the Baoki Consortium) made several large deposits into Mooketsi’s bank account, totalling R300 000.00. Further, it is alleged that accused Payne and Ukwakha Dezign covered the cost for the refurbishment of Romaano’s house to the value of R952 358.85.