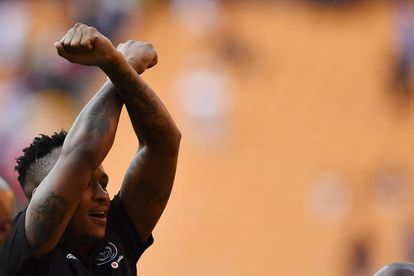 Former Bafana Bafana stopper Brilliant Khuzwayo will appear in court on Monday after he was allegedly stabbed on a technical college campus on Saturday.

Khuzwayo was reportedly hospitalised after the incident but apparently also faces charges of assault after his alleged attacker laid counter charges against the former Orlando Pirates keeper.

The three-times capped international goalkeeper tweeted on Sunday that he was in the hospital after being stabbed at a sports day at the Mangosuthu University of Technology in Umlazi, Durban.

Khuzwayo’s official Twitter handle posted the following message on Sunday: “Brilliant Khuzwayo was invited to speak at the Mangosuthu University of Technology (MUT) sports event. Right before he could make his address, a male, believed to be a MUT student, stabbed him and he was rushed to the hospital.”

KwaZulu-Natal police spokesperson Brigadier Jay Naicker confirmed that two men would appear in court after an apparent altercation at the campus in Umlazi. He would not name either of the two men involved though.

“Counter charges of assault with intent to cause grievous bodily harm are being investigated by Umlazi SAPS. Both suspects, aged 23 and 30, will appear before the Umlazi magistrate’s court tomorrow [Monday],” said Brigadier Naicker.

College authorities have yet to make a formal statement regarding the incident telling reporters they were unaware of any incidents at the MUT campus in Umlazi.

The 30-year-old former Kaizer Chiefs goalkeeper retired in July 2019 due to a severe knee injury cutting short a promising career between the sticks.

In over six years spent at Kaizer Chiefs Khuzwayo made just 28 league appearances as he played second fiddle to Itumeleng Khune.

In 2018 he was allowed to leave Naturena and move to rivals Orlando Pirates, but he would never play a PSL match for the Sea Robbers as injuries put an end to his professional career.

On 20 September 2014 during the Final of the MTN 8, Khuzwayo’s family home in P-section Umlazi was robbed.

His aunt, Sibongile Khuzwayo wrote on a social network that only money and cellphones were stolen from the home while TV sets and other furniture was not taken. The matter was allegedly never reported to the South African Police service, with the family choosing to approach their security company instead.

Khuzwayo’s agent indicated that the former international would make a statement to the media and wider public after his court appearance on Monday.