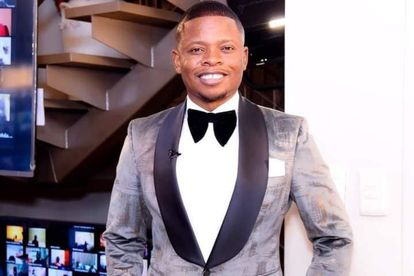 [FILE] A pastor at Bushiri’s church was shot dead.
Image via Instagram
@shepherdbushiri

[FILE] A pastor at Bushiri’s church was shot dead.
Image via Instagram
@shepherdbushiri

Home Affairs Minister, Aaron Motsoaledi, told a parliament portfolio committee that religious workers from other countries would no longer be eligible for work permits or permanent residency in South Africa. He was updating the committee about the investigation into self-proclaimed prophet Shepherd Bushiri

NO WORK PERMITS FOR RELIGIOUS WORKERS

Motsoaledi said religious workers are welcome as visitors “but as visitors who can perform work.” According to the Department of Home Affairs, the change means there’s no way for religious workers to migrate or attain permanent residency without following due process and meeting the requirements laid out in the Immigration Act of 2002.

According to News24, in 2016, the Commission for the Promotion and Protection of the rights of Cultural, Religious and Linguistic Communities looked into the impact foreign-led churches have on South African citizens.

“Based on the findings of the commission, the department amended its legislation to provide for the issuance of visitors’ visas, instead of work visas, to foreign religious workers,” said Motsoaledi.

Freedom of Religion South Africa (FOR SA) took issue with Motsoaledi’s comments and said the allegations against Shepherd Bushiri and rape-accused televangelist Timothy Omotoso should not be used to criminalise all migrants.

“While the charges brought against Bushiri and Omotoso are indeed grave, these examples should not be used to paint all foreign nationals who perform religious work as criminals – this is a false and rather xenophobic picture. A crime is a crime, irrespective of who commits it,” said FOR SA Executive Director, Michael Swain.

In the wake of the announcement, Solomon Izang Ashoms of Movement Against Abuse in Churches lamented Home Affairs’ decision and told SABC News it was caused by “…charlatans and some false prophets who come to SA masquerading as men of God, took advantage of people in the name of religion and the Church.”

The Minister said the Hawks have refused to release a report on its investigation into how Bushiri – accused of fraud and money laundering worth R102 million – and his wife, Mary, fled South Africa days after they were granted R200 000 bail.

However, heads have rolled in the Department of Home Affairs – a senior manager was dismissed with immediate effect after a disciplinary process in May 2022. The official was initially charged with gross dishonesty, gross negligence, and non-compliance with the Immigration Act, Regulations and Standard Operating Procedures and was found guilty of two of the charges.

According to News24, internal investigations have identified other officials who helped Bushiri gain permanent residency. Four officials were placed on precautionary suspension between 15 and 18 March 2022 for aiding and abetting.

“The disciplinary inquiries in this matter are currently underway with the most recent sitting held on the 3 August 2022,” said Motsoaledi

Shepherd and Mary Bushiri are fighting to avoid extradition in Malawi. South Africa sent a formal extradition request in December 2021.