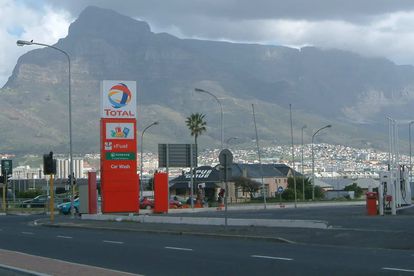 Even the good news about fuel costs don’t give us much room for cheer these days: The AA are predicting that there will be the smallest of decreases in June, with one-cent-per-litre being shaved off our official petrol price. However, the forecast isn’t so kind for diesel consumers, or for our long term future.

Despite the petrol price seemingly stabilising, it is estimated that diesel will go up by 24-cents-per-litre in next month. The official confirmation will be shared by the end of the week. Despite a run of four consecutive petrol hikes likely to come to an end, any potential relief has been tempered by the incoming carbon tax on our fuel.

Despite only adding nine-cents-per-litre to the current value of petrol, this tiny increase looks likely to snuff out the chance of any meaningful reduction in costs. The current fuel adjustment picture suggests that 10c/l could’ve have been chalked off for the month ahead, but that’s been pegged by back this latest taxation.

(All prices based on rand-per-litre)

What factors have determined the forecast petrol price?

“Volatility” is the name of the game, here. Both international oil prices and the Rand have been up and down like a cable car on Table Mountain. This lack of stability – culminating with a recently-weakened ZAR – has pretty much eliminated any hope motorists may have had for a petrol price decrease.

As the AA state, our winter of discontent is likely to continue:

“International oil prices have been up and down in May. The basic petrol price has traded between 740 and 780 cents a litre, which averages out 19 cents lower for the month.”

“The Rand was also variable, although it traded in a fairly restricted range between roughly R14.15 and R14.60 to the US dollar. The Rand was about 12 cents weaker over the month. The overall picture may look a little different with the introduction of the Carbon Tax in June…”

“This will add nine cents a litre to the petrol price, and ten cents to the diesel price. In effect, this means that petrol will decrease by only one cent a litre, while diesel will increase more significantly by around 24 cents a litre.”

Whichever side of the fence the official forecast falls on, it will still keep South Africa within an uncomfortable distance of its record-high petrol price, set just last year. At R16.47 for every litre, that’s just 62 cents off the R17.09 per-litre Gauteng motorists had to fork-out in 2018. Just one more substantial hike could break that threshold.