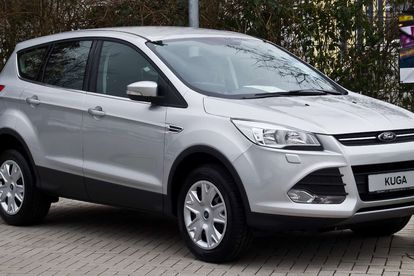 South African fire investigator Hendrik McLeod believes an electrical short was to blame for starting a fire in a Ford Kuga that killed Reshall Jimmy.

What we know so far

Jimmy was killed inside his Ford Kuga while on holiday in Wilderness in December 2015 in what turned out to be the first of 80 vehicle fires in South Africa involving that make and model of car.

At the time the National Prosecuting Authority deciding against prosecuting Ford on the grounds that Loud found no fault with the car in the blaze.

The matter is now being heard by the Western Cape High Court after Afriforum, representing the family of Reshall, led an inquest into the matter.

According to an Eye Witness News court reporter, Mcleod believes the only heat source potent enough to have caused the blaze was a permanent livewire from the battery of the car and that it probably started somewhere behind the dashboard.

His findings are in stark contrast to that of his American counterpart John Loud.

Loud was appointed by Ford to investigate the cause of the fire and he found that vehicle systems failure could not have been at fault, suggesting instead that an accelerant may have been the cause.

Mcleod, who was appointed by South African insurance company Telesure, stated that no traces of an accelerant had been found during the investigation. He also refuted claims the fire may have started at the back of the car because unburned items were found in the boot.

Timeslive reported that Advocate Gerrie Nel cast more doubt on Loud’s testimony during his cross-examination, citing court documents from a case in Texas that showed he had been involved in about 500 lawsuits on behalf of Ford and had not once found conclusively against the vehicle manufacturer.

Ford is also believed to have paid Exponent, the company Loud works for, in the region fo R1.4 billion for its services between 1999 and 2011.

It is important to remember these facts alone are not enough to assume the guilt of either Loud or Ford in the matter.

However, the contradictory nature of the two fire investigators reports and the long relationship between Loud’s employer and Ford do raise some alarming questions about the case.