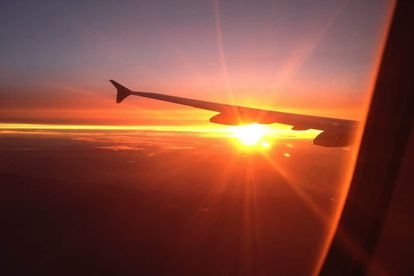 Budget airline FlySafair are practically giving away 30 000 flight tickets on Thursday 17 May, as part of a ludicrously ambitious promotional deal.

The R4 tickets went on sale at 9:00 on Thursday morning. There is an eight-hour window of opportunity for those seeking a bargain, with the firesale ending at 17:00.

How to buy FlySafair tickets for R4

However, this isn’t just a first-come, first-served affair. FlySafair have come up with a system that hopes to choose wannabee flyers at random. They’re hoping this will be the fairest way to cope with the expected high demand.

It would seem that you have to visit the website – flysafair.co.za –  then wait to be selected. Here’s the method behind the madness, according to their website:

“A random selection of users, the number of which is to be determined by FlySafair, will gain access to our website for purchase when the sale starts. The remaining visitors will be placed in our waiting room.”

“Every 5 minutes, we will randomly select customers from the waiting room to go to our bookings page and buy tickets. Once you’re in the Waiting Room, don’t leave because you’ll stand the change of getting drawn to go to our website right up until the last ticket is sold.”

The R4 tickets don’t actually include check-in luggage, or even getting to choose your own seat. But can you really be picky, given the price you’re paying? The cost includes all airline taxes and VAT, though.

There are a few things you need to know about these flights. You may have already guessed this deal comes with its caveats. For a start, the offer applies for one-way flights only. You can’t get a return ticket on this deal.

The tickets are both non-refundable and not eligible for cancellation. Hopefully, those who change their minds won’t miss their R4 too much.

It’s also worth mentioning that there’s no ticket reservation system. Quite simply put, you are only guaranteed a ticket once payment is accepted. If someone beats you to the punch, you have to start again. But rest assured, you won’t actually be kicked out of your booking session.

What routes do FlySafair take?