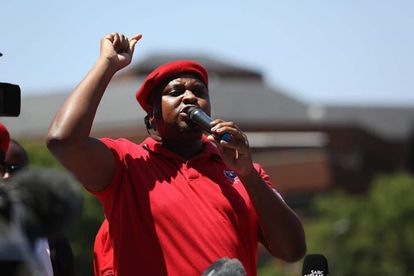 In the latest series of EFF fight club, Floyd Shivambu gave Finance Minister Tito Mboweni a piece of his mind on Twitter on 3 March.

It all started when Mboweni, bless his heart, said the South African economy is strong enough to recover. This comes just after South Africa slipped into its third recession on Tuesday.

South Africa has slipped into its third recession since 1994, on Tuesday.

According to Stats SA, a substantial decline was recorded from the previous quarter. It seems 2019 ended miserably for South Africa, as 1.4% was wiped off of our GDP. This follows a drop of 0.8% in Q3.

Of course, Q4 in 2019 was when the dreaded Stage 6 of load shedding was implemented.

On the day of the announced recession, Mboweni said the following:

“The SA economy is strong enough to recover. We will work harder together.”

The optimistic tweet which, in his mind was meant to uplift South Africans, instead started a Twitter war. Not only did Tweeps massacre his timeline, but one of the reds, also came guns blazing.

“What’s the scientific basis of a ‘strong enough’ economy whilst it’s shrinking, shedding jobs, shrinking the revenue base without major shifts in the global economy? This is neo-liberal sloganeering and the reality is that you’re directionless and you don’t know what will happen.”

Shivambu argued how the country and its economy can be strong enough if there is rapid unemployment and growing debt.

Mboweni then decided to fire back and school Shivambu:

“One needs to understand and internalize: History, Race, Class and das Kapital. Colonialism of a societal Type in SA and how to transform it and create a new economy. Dialectical and Historical Materialism. That’s the challenge we must deal with. No simple slogans.”

Speaking for the people, Shivambu said: “I think we understand that far much better than you do Mr Tito Mboweni! You, on the contrary, issued a neo-liberal pamphlet called an economic recovery plan, which was not consulted with your colleagues and not conceptualised by you. You still haven’t come with a single original idea.

It was at that point that Mboweni stopped replying.

On the day Mboweni made his Budget Speech, Shivambu said the EFF’s main priorities were the high levels of unemployment in the country and an economic crisis where there is no growth. According to Newzroom Afrka, Shivambu said President Cyril Ramaphosa and his finance minister could not be trusted.

“Ramaphosa, Tito Mboweni, all of them are not trustworthy, you cannot trust any of them in terms of coming up solutions.”

“Anyone who will believe what Tito Mboweni says is a fool, he will just acknowledge the crisis but there’s no believable solution,” he added.