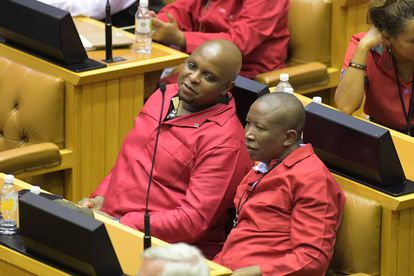 Shivambu was charged with common assault following an altercation with Media24 photographer Adrian de Kock in the parliamentary precinct on 20 March 2018.

De Kock told the court that he took photos of Shivambu as he exited a vehicle and alleged that the politician demanded that he delete the photographs. A request lensman ignored.

“After a protracted trial, the defence applied for a Section 174 of the Criminal Procedure Act and the court granted it. The NPA accepts the decision of the court,” added the spokesperson.

Magistrate Lindiwe Gura rejected the evidence given by de Kock and witnesses as contradictory.

She also said that the complainant contradicted his own medical evidence and added that one of the witnesses tailored his evidence to suit the State’s case.

After the court victory on Wednesday, EFF leader Julius Malema took to Twitter and wrote, “We won; those frivolous charges brought by compromised NPA against our [Deputy President] Floyd Shivambu were dismissed by the court today.”

Shivambu himself opted for a simple graphic and tweeted a picture of a gavel with the words “case dismissed” emblazoned above it.