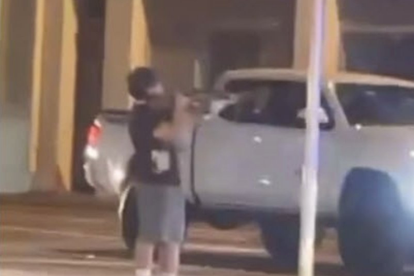 US police shot and killed a 17-year-old after the boy directed an air-powered pellet gun at police and traffic last Saturday evening. The boy was gunned down by two officers with a storm of bullets.

POLICE CONFIRM KILLING OF TEEN WHO HELD A PELLET GUN

The boy, identified as Alexander King, reportedly took to the streets in Springs, Colorado to point his enormous rifle at passersby and drivers.

Police were soon called to the scene as the frightened public felt that King was carrying a real gun to carry out a mass shooting.

Instead of dropping his gun when he was confronted by the cops, King allegedly pointed his rifle at the police and even said “shoot me.”

He was fatally shot 12 times.

An internal investigation revealed that the two officers who killed King for pointing the pellet gun at them have been placed on paid administrative leave.

Meanwhile here in Mzansi, West Rand firewood collectors discovered stun grenades in a veld. The community soon called police who arrived to uncover an arsenal of weapons in a shallow grave.

“It is alleged that on October 21, 2021, at about 10am, people were collecting firewood in the veld when they stumbled upon a pack of stun grenades,” Gauteng police spokesperson Colonel Dimakatso Sello said.

The officers found AK-47s, pistols, high-caliber magazines, and over a thousand ammunition rounds.