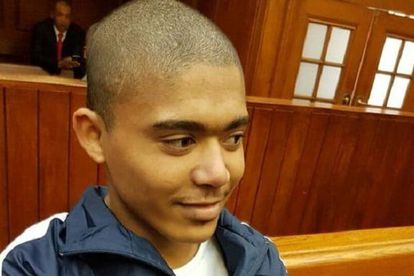 Wilson grins as the verdict is delivered

Wilson grins as the verdict is delivered

Words can’t really describe the disgusting arrogance that has made Cameron Wilson the deplorable person who tore apart so many Western Cape families.

The youngster was being sentenced for 13 charges against him including five counts of murder, three counts of attempted murder, and rape. Needless to say, his disdain for human life was reflected in his opinion of the law.

As Judge Chantel Fortuin read out her decision in a packed Western Cape High Court, he was seen to roll his eyes, yawn, stretch, and even sarcastically applaud the judge in front of a packed gallery.

Fortuin sentenced Wilson to four life sentences for his heinous crimes, but one gets the feeling that even a lifetime in prison won’t change his grotesque attitude.

Judge Fortuin said she had to seriously consider all the variables before handing down the life imprisonments. She acknowledged Wilson lived in the tough Heinz Park community, and that his father was a former gang member. Ultimately though, she found the serial killer to be responsible for his own actions:

“You grew up in Heinz Park, a community plagued with social ills such as drug abuse and teenage drinking, but he comes from a stable and loving home. You never tried to earn an income or complete your schooling. Instead you roamed the streets.”

Justice for the victim’s families

The judge reserved her praise for the brave families and friends of the victims who were strong enough to give their testimony, and secure a conviction for Cameron Wilson.

Today is their victory, and although it doesn’t atone for what has been taken away from them, they were able to see justice prevail.