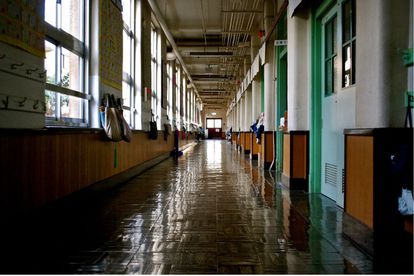 Earlier this year, a teacher at Fish Hoek High used racial slurs during an Afrikaans lesson. This prompted the school to enlist diversity training services. Ngosheng, a well-known diversity trainer, facilitated the sessions for the high school.

Parents raised concern over these workshops, claiming that its content targeted their children based on race.

“For the first time my son, who is 16 and has no reference to previous dispensations in this country, referred to his friends by the colour of their skin after he was called a white patriarchal supremacist by the facilitator,” a parent said.

“We had to sit down with him and we had a long conversation … what this lady was talking about was not diversity training, but what she was doing was weaponising a former race dispensation.”

The white parents started a WhatsApp group with over 150 concerned parents who agree the workshops are controversial, reports Daily Maverick.

Asanda Ngosheng responds to the outcry over her workshop

Ngosheng expressed her unsurprised response to this backlash. She said the following:

“Considering our experiences, however, we are not surprised at the emotional response to the diversity session because discussions of race and racism in our country are still tinged with the memory of our painful past. We do this work precisely because we want to develop a culture of dialogue and debate on these issues without sowing further division and discord.”

Additionally, she notes that her workshops have been successful for many years prior to this incident.