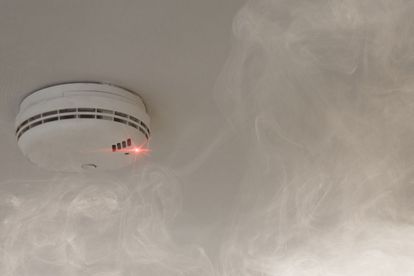 A Cape Town complex fire has resulted in the death of an elderly man, aged 85. The blaze came about after one of the block’s 55 apartment units caught fire on Sunday morning 19 September in Newlands.

The police are investigating the senior citizen’s death after the incident was confirmed by the complex’s social Non-Profit Organisation (NPO) ownership, Communicare.

THE DECEASED WAS FOUND UNCONSCIOUS IN THE FLAT

Communicare says the fire broke out before the Cape Town building manager could call the fire department to extinguish the blaze. The company’s COO, Makhosi Kubheka, confirmed that the 85-year-old man was discovered unconscious before attempts to resuscitate him proved unsucessful.

“Regrettably, an 85-year-old tenant, who was found unconscious in the apartment was pronounced deceased, as attempts to resuscitate him failed,” Kubheka said in the company’s statement.

“I am devastated to learn of the passing of one of our tenants who was part of the Communicare family for many years. I extend my condolences to his family on behalf of Communicare during this tough time.”

Communicare’s spokesperson, Balisa Mancayi, added that the fire only occurred in one apartment. The South African Police Service (SAPS) is, therefore, set to begin investigations into the cause of the fatal blaze.

Mancayi also said the duration of the fire, which only affected one apartment, and how look it took to put out, is yet to be determined.

“We are not certain about the duration of the fire and the time it took to extinguish it. However, the fire was contained to one apartment. No other apartments were affected,” Mancayi said.

“The SAPS are investigating the details around the passing of the 85-year-old tenant and the cause of the fire,” the spokesperson concluded.