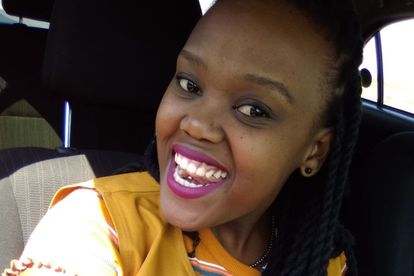 “We can only that the victim came to the police station in Soweto and opened a case of hijacking and kidnapping,” said SAPS spokesperson Captain Mavela Masondo.

After a young woman from Johannesburg took to social media to raise the alarm that she was in the midst of unimaginable horror, the public – including well-known figures like Robert Marawa and Casper Nyovest – stepped in to help. Simphiwe Manzini Mtimande sent out a distress call via her facebook account on Wednesday 19 May, claiming that she had just been hijacked and put in the boot of her car while her kidnappers drove her on a hell-ride around what is understood to be the Alberton area in Gauteng.

“I just been hijacked, I’m in the boot of my car, they took my other phone thinking I have one…I’ll update u till I’m no more…..,” the first of a series of disturbing calls for help read.

The first distress call went out shortly before midnight on Wednesday 19 May, with Mtimande posting the following:

“Those of you who have me on WhatsApp please check for my live location…I’ve just been hijacked.”

Next, she wrote that her second phone, which she had managed to conceal despite her attackers having demanded that she hand over another one, was sitting on a precarious 15% battery life. All the while, she was allegedly driven from the scene of her attack by the kidnappers while crammed into the boot.

She next posted her location at the Jackson dam, saying that she didn’t know where she was. Around an hour later, another location post followed, indicating that Mtimande was now located at the Jump Streets Trampoline Park at the Mall of the South, Johannesburg.

Mtimande managed to send out the registration number of the vehicle in which she was currently being held captive, and added that this may come in useful should the worst case scenario occur.

“XXXX GP my number plate….if I die,” she posted.

The utter terror of her alleged circumstances continued to escalate as her phone battery continued to dwindle. Mtimande told those connected to her on the social network that she could hear her captors having a heinous conversation about raping her.

“The car has stopped they fighting in on who is going to have sex with me….,” she wrote, with another location post placing her at The Glen in Johannesburg following shortly thereafter.

All the while dozens of people on social media began urgently tweeting the hashtag #FindSimphiwe having heard her cries for help. Media personalities like Marawa, celebrities such as Casper Nyovest, and a host of influencers joined the chorus of ordinary South Africans who mobilised to ensure that Mtimande didn’t meet the same despicable fate so many South African women fear on a daily basis.

Car Tracker and other agencies also joined in their sharing of her profile to assist in the search for the young woman.

As the public frantically tried to help, Mtimande posted that her phone had dwindled to 9% battery life, and, given the seemingly hopeless circumstances she was in, said “guess this is my day”.

Some time thereafter, her battery sat at a perilous 2%. “I have some scissors so whatever happens I was trying to protect myself,” she managed to post.

It’s not immediately clear how Mtimande managed to escape her attackers, but to the intense relief of the thousands of social media users who had been following the horrific stream of posts and trying to help, the young woman’s next update indicated that she had been saved.

“Dear SA I can never thank you enough for all your prayers and trying to locate me… I’m safe but still need to locate and communicate with my family first, can’t share my location now cause I fear for my life… I’ll update you all soon as I need to rest,” she said at around 3:00 in the morning on Thursday.

She then posted the following video onto her Facebook page:

SAPS yet to respond to queries regarding #FindSimphiwe incident

The distressing incident is indicative of the perils women in South Africa face and fear on a daily basis, with the scourge of gender-based violence (GBV) meaning that Mtimande had to use social media as a tool to save her own life. While she was widely applauded for her proactive response to the awful incident, no woman should have to experience what she did.